Dan Botwe impressed with pace of work on Okere roads 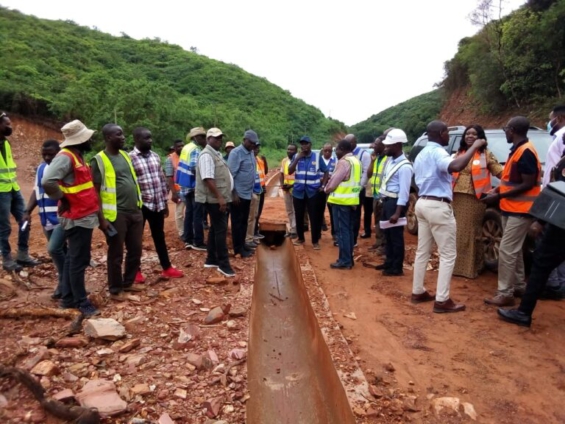 The Minister of Local Government and Rural Development has expressed his contentment with the pace of work done on the construction of the Nkurakan-Adukrom-Aseseeso highway.

The 36.1 km road from Nkurakan through Adukrom, Aseseeso, Trom junction to Akuse junction is expected to be completed in July next year.

“This road in particular from Koforidua through Nkurakan to Adukrom to Somanya is a major road which links the southern part of our country to even some parts of northern Ghana and it’s a very strategic decision that the ministry took to work on this road and thank God we had a very good contractor who is working on the road”.

Additionally, Dan Botwe, who is also the MP for the area said the road when completed will also boost tourism given that there are many tourism sites along the stretch.

The Okere MP said this when he joined the Minister of Roads and Highways Kwasi Amoako Atta to inspect the ongoing road construction.

Kwasi Amoako Atta is optimistic that construction of the 36.1 km road from Nkurakan through Adukrom, Aseseeso, Trom junction to Akuse junction in the Eastern region will be completed on time.

The contract which was awarded to General Construction Company Limited started in January 2021 and the expected completion date is the 19th of July 2023.

Currently, the road is 63% complete.

Amoako Atta called on Ghanaians to be patient as the government is fixing the huge deficit in the road sector.

The delegation government officials and chiefs took the opportunity to inspect the ongoing district hospital at Adukrom.

The road minister promised to construct the road that links the town to the hospital site.