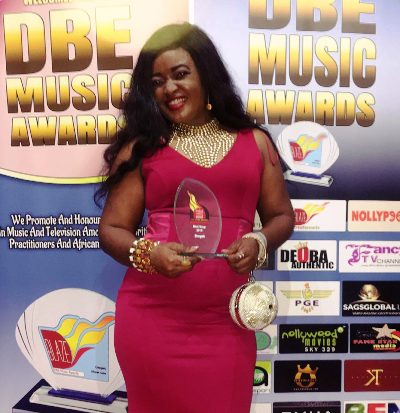 She won the the ‘Best Song of the Year’ at the D-Blaze Entertainment Music Awards held at the Old Town Hall in London.

She was then in November 12th adjudged "Outstanding Achievement In Music Award" in London by the Penache Global Entertainment (PGE). 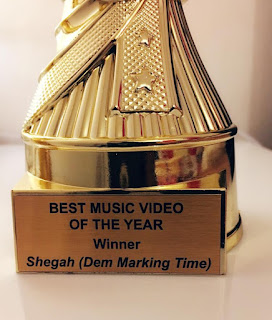 Recently at the Nollywood Entertainment and Leadership Awards (NELAS) 2018 held at the Prestigious Best Western Hotel – Woodford in London over the weekend, Shegah whose song “Dem Marking Time” entered into the UK reggae and dancehall chart earlier this year won the Best Music Video award on the night.

She was nominated in three categories including Best Female Artist of the Year which she lost to Jamaica’s Pepper. Her song ‘Murder’ which she featured Samini and Jupiter was also nominated Best Dancehall Collaboration of the Year.

Godmother Shegah who was elated at the feat chalked is also hoping to bring all female musicians in Ghana together to promote their songs.