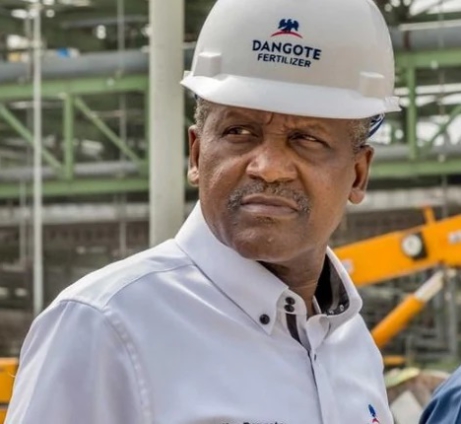 A Fitch report alleges that the Nigerian billionaire requires an additional $1.1 billion to complete the refinery but has invested all his cash and even borrowed to finance the refinery project.

According to the report, the Dangote refinery project is still on track to be completed by 2023 and requires an additional $1.1 billion capex in 2022 to be partly funded by the new bond.

The report adds that Dangote Industries Limited (DIL) is planning to establish a local bond programme amounting to $750 million to partially finance the completion of its refinery and petrochemical plant.

“Funding for the completion of the refinery project is expected to be partly covered by proceeds of the new bond. If the transaction is not successful, or should completion costs overrun or market conditions in the cement or urea sector deteriorate materially, we do not believe that DIL’s existing creditors would have further lending capacity. We believe that further asset sales, either in cement or stakes in the projects, would be the more likely options to address funding of the refinery.”

Fitch also noted that Dangote Industries suffers from weak corporate governance, adding that it’s a risk for Dangote, who already has a lot of power over operations, to remain the largest shareholder and CEO of the project.

In the report, Fitch said, “DIL has a complex group structure with a large amount of related-party transactions, with a negative effect on operational and financial transparency.

“We also view the dominance of Aliko Dangote, as CEO and the main shareholder, in operations as an additional risk.”

Fitch concluded its report by saying that the refinery project is expected to sustain strong margins and yield solid cash generation, adding diversification to DIL’s profile and allowing rapid deleveraging.

“Once operational, we expect this project to contribute around $1 billion to EBITDA annually when ramped up from 2024,” it added.

DISCLAIMER: The Views, Comments, Opinions, Contributions and Statements made by Readers and Contributors on this platform do not necessarily represent the views or policy of Multimedia Group Limited.
Tags:
Aliko Dangote
Refinery project