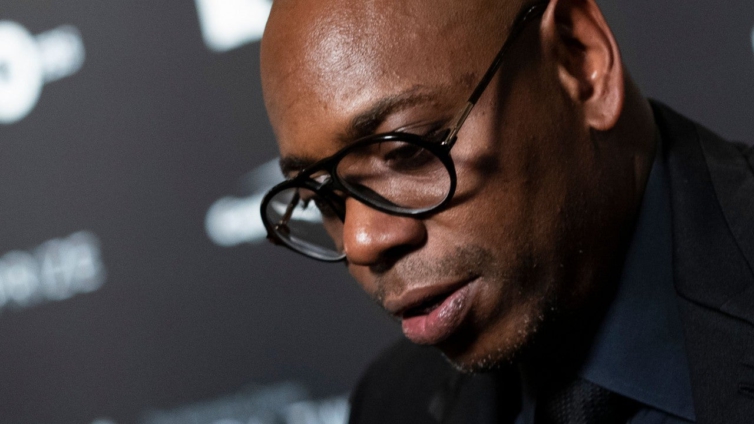 Floyd was a 46-year-old black man who died on May 25 after a police officer in Minneapolis, Minnesota, pressed his knee into Floyd’s neck for eight minutes and 46 seconds.

“This is weird and less than ideal circumstances to do a show,” Dave Chappelle said to the crowd. “I want to shout out to all the young people who have had the courage to go out and do this amazing work protesting. I’m very proud of you. You kids are excellent drivers. I am comfortable in the back seat of the car, so carry on young ones.”

The special, which had a live audience wearing face masks and seated six feet apart, was taped on June 6 in Ohio and marked Chappelle’s return to the stage since his last performance 87 days prior.

“It’s hard to figure out what to say about George Floyd,” he continued as he paused to ask fans how they were feeling.

“When I watched that tape, I understood this man knew he was going to die,” Chappelle continued, admitting that he initially avoided watching the tape for a week because he knew once he watched it, he wouldn’t be able to unsee it.

“People watched it, people filmed it and for some reason that I still don’t understand, all these f**king police had their hands in their pockets,” he said. “Who are you talking to? What are you signifying? That you can kneel on a man’s neck for eight minutes and 46 seconds and feel like you wouldn’t get the wrath of God?”

“That is what’s happening right now — it’s not for a single cop, it’s for all of it. F**king all of it. I don’t mean to get heavy but we got to say something.”

In the set, Dave Chappelle also talks about racial inequality and the deaths of Eric Garner, Philando Castile and Trayvon Martin. He also addresses CNN anchor Don Lemon’s remarks about black celebrities using their platform to speak up following violent protests around the country.

“Do you want to see a celebrity right now?” Chappelle asks the audience. “No! This is the streets talking for themselves. They don’t need me right now. I kept my mouth shut and I’ll still keep my mouth shut. But, don’t think that my silence is complicit.”

“Why would anyone care what their favorite comedian thinks after they saw a police officer kneel on a man’s neck for eight minutes and 46 seconds,” he added. “I can’t get that number out of my head because it is the time of birth on my birth certificate.”

“I figured out why they want to hear from me. The only reason why people want to hear from people like me is because you trust me. I don’t lie to you,” he said. “And, every institution that we trust lies to us.”

“The streets will speak for themselves whether I’m alive or dead. I trust you guys. I love you guys and we’ll keep this space open,” he added.

The 8:46 special, which is available on YouTube, is 27 minutes long and was released with the following video caption: “Normally I wouldn’t show you something so unrefined, I hope you understand.”