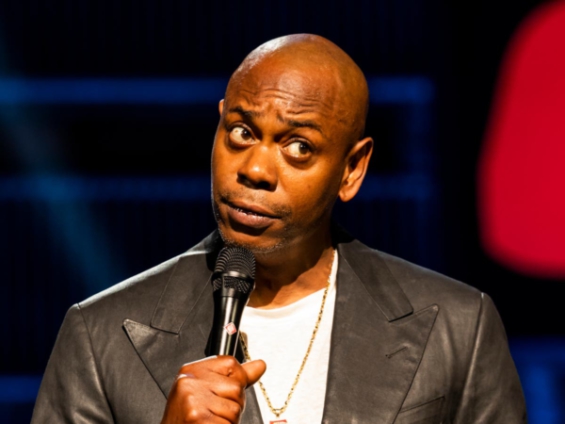 Dave Chappelle is back on Netflix for the first time since The Closer.

After that special, which debuted on the streamer in October, the comic was criticized for his comments about the transgender community.

However, Netflix CEO Ted Sarandos defended him amid the backlash, and now the comedian will debut Chappelle’s Home Team, four comedy specials executive produced by him and starring funny people who he selected.

The second installment of the series stars comic Donnell Rawlings, who appeared on Chappelle’s Show and in The Wire, but there’s no release date for that one yet. Both men are from Chappelle’s hometown of Washington, D.C.

“I’ve been doing this a long time and comedians like Quake and Donnell are not only friends but have inspired my own career,” Chappelle said in the news release.

“Anyone in the comedy community knows these names and knows their time to shine is long overdue. I am proud to be a part of this moment.”

Chappelle will introduce each comedian in the specials, but he won’t be the one making the jokes, at least most of them, this time around.

His comments on The Closer elicited responses from the likes of GLAAD and the National Black Justice Coalition and prompted Netflix employees to stage a walk-out.

Dave Chappelle’s brand has become synonymous with ridiculing trans people and other marginalized communities. Negative reviews and viewers loudly condemning his latest special is a message to the industry that audiences don’t support platforming anti-LGBTQ diatribes. We agree. https://t.co/yOIyT54819

GLAAD said his brand had “become synonymous with ridiculing trans people and other marginalized communities.”

DISCLAIMER: The Views, Comments, Opinions, Contributions and Statements made by Readers and Contributors on this platform do not necessarily represent the views or policy of Multimedia Group Limited.
Tags:
Dave Chappelle
Netflix
The Closer