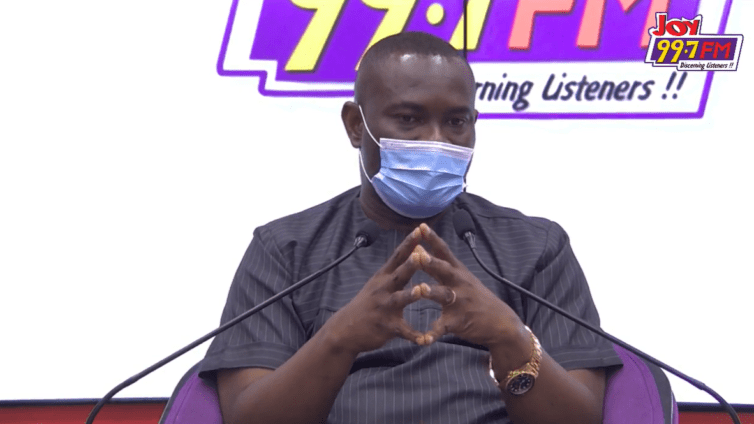 Deputy Finance Minister, Dr. John Kumah, says the government has provided a liquidity buffer for institutions to fall on during the debt exchange programme.

According to him, while the debt exchange programme was not targeted at individuals but rather institutions, some individuals will be affected due to their investing through certain institutions, for example pension funds.

He explained that with government recognizing the fact that some of these institutions will have to make payments to clients, it has created several buffers to provide support to such institutions should they come into difficulties.

Speaking on JoyNews’ PM Express, he said, “Institutions are made up of individuals, but in treating institutions they are separate personalities as far as the legal definition of institutions are concerned. So we want to deal with institutions. But of course we understand that some individuals may be affected by the institutional arrangement that we have done so we’ve provided buffers.

“And I heard you talk about the financial stability fund which is going to be a liquidity buffer from the Bank of Ghana to support such institutions that may face difficulty. So that is how we want to deal with the impact of how the debt exchange programme may have on these institutions. So these are banks, the pension funds, and any other institution that wants to take advantage of the FSF.”

He stated that the liquidity buffer is available for every other institution affected by the debt exchange programme.

“Yes, if you have to pay let’s say your customers or your beneficiaries and you’re facing challenges you can apply to the Bank of Ghana, make a case for it and then depending on the arrangements you’ll be considered,” he said.

Meanwhile, Ghana is inviting eligible holders to exchange GH₵137.3 billion of the domestic notes and bonds, including Energy Sector Levy Act Plc and Daakye Trust Plc, for a package of New Bonds to be issued by the country.

However, Ghana may at its sole discretion extend the expiration date, including for one or more series of eligible bonds.

The invitation is available only to registered holders of eligible bonds that are not individual investors or that are otherwise authorised by the Government of Ghana, in its sole discretion, to participate in the Invitation.

DISCLAIMER: The Views, Comments, Opinions, Contributions and Statements made by Readers and Contributors on this platform do not necessarily represent the views or policy of Multimedia Group Limited.
Tags:
Debt Exchange Programme
Dr. John Kumah
Liquidity buffer