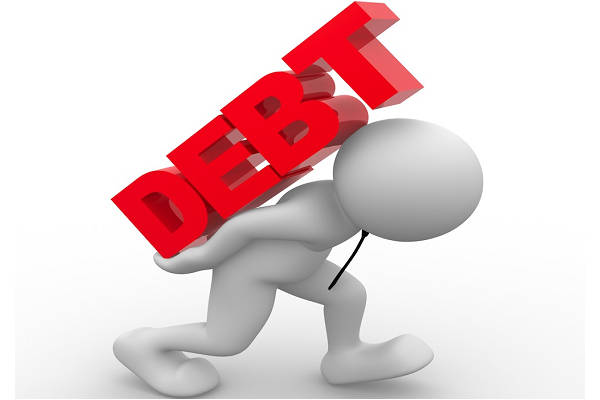 For the first time in the history of Ghana, a debt restructuring programme is likely to take place because of the unsustainable level of the country’s debt, threatening the outlook of its economy.

This has become imminent in order to lessen the negative impact of the huge debt on the country’s economic fundamentals, particularly the real sector of the economy, inflation, exchange rate and money supply. However, this can only be done after completion of the Debt Sustainability Analysis by the International Monetary Fund and the World Bank.

But for many, debt restructuring is practically new to them because of the unprecedented outcome.

Debt restructuring, according to Investopedia, is a process used by companies, individuals, and sovereign nations to avoid the risk of defaulting on their existing debts, such as by negotiating lower interest rates. It provides a less expensive alternative to bankruptcy when a debtor is in financial turmoil, and it can work to the benefit of both borrower and lender.

To constitute a debt restructuring, one or both of the two following types of exchange must take place: debt rescheduling, which involves extending contractual payments into the future and possibly lowering interest rates on those payments and debt reduction which includes reducing the nominal value of outstanding debt.

Generally, restructuring occurs after a default in repaying loanss, but it is also possible to conduct an early debt restructuring that pre-empts default. In addition to economic variables, the type, timing and terms of a debt exchange are largely determined by negotiations between the sovereign debtor and its creditors.

Effects of debt restructuring on economy

Sovereign debt is not just a financial issue. It has implications for the social, political, economic, cultural and environment.

It requires a comprehensive approach that incorporates all relevant stakeholders.  This includes citizens of the debtor states, multilateral creditors, bilateral creditors, and private creditors such as bondholders, institutional investors and pension funds.

Upon completion of the debt restructuring, it is expected that the programme will bring back vibrancy into the economy by boosting tax revenue, increase social spending and improving income equality.

Banking Consultancy, Dr. Richmond Atuahene wants the government to cut some of its flagship programmes and pursue staff rationalization in the Ministries, Departments and Agencies in order to free resources to undertake capital and investment projects.

According to him, receiving a Net Present Value debt relief is likely to show a sustained improvement of the external balance of the country.

Meanwhile, a restructuring debt may hurt a Sovereign nation or borrower’s credit score because borrowers are defaulting on original agreement. “It can hurt score for up to three years after final payment.

Debt transparency enhances disclosure requirements through a number of procedures that are transparent and participatory. The aim is to hold relevant decision-makers accountable.

It is the cornerstone of reforming debt management.

To this end, several debtors are urged to follow well-publicized, predictable and binding legal procedures in incurring new financial obligations.

Debt brake or cap or limit

Debt brake or cap or limits is usually instituted in the constitution to control the extent of abuse of borrowings by governments.

An example is implementing a cap or ceiling of 50% of Gross Domestic Product to prevent governments from borrowing above this limit.

The third step in guiding debt restructuring is good governance.

This involves strengthening national debt management policies to deal with issues of governance.

Transparency on its own won’t ensure responsible borrowing.

Debt management frameworks and practices should conform to all the principles of good governance. The list includes transparency, participation, accountability, effective decision-making and institutional arrangements.

Debt is a contractual relationship. It is therefore important – for debtors and creditors – to enter into contracts that are as comprehensive as possible.

This means contracts should fairly allocate risks between the parties. This would include, for example, accommodating who are better able and more willing to accept the risks.

In addition, contracts should provide the parties with clear answers to issues that could arise between them.

This would require policymakers to provide guidance to their debt managers on the terms and conditions they can accept in contractual negotiations.

The debt restructuring process can reduce the interest rates on loans or extend the due dates for paying them back.

A debt restructuring might include a debt-for-equity swap, in which creditors agree to cancel a portion or all of the outstanding debt in exchange for equity in the business.

The IMF describes restructuring domestic debt like surgery, saying “you only do it if you must, and you avoid it if it might do more harm than good”.

There is free up cash, either through deferment and /or reduction in installments.

The debt restructuring process can also reduce the interest rates on loans or extend the due dates for paying them back.

It might include a debt-for-equity swap, in which creditors agree to cancel a portion or all of the outstanding debt in exchange for equity in the business.

Negative impact on credit score. This means loans that are recorded under the one-time loan restructuring scheme negatively hits the credit history of the borrower and lead to stringent financial scrutiny in case he applies for another loan.

DISCLAIMER: The Views, Comments, Opinions, Contributions and Statements made by Readers and Contributors on this platform do not necessarily represent the views or policy of Multimedia Group Limited.
Tags:
Debt Sustainability Analysis
IMF
World Bank