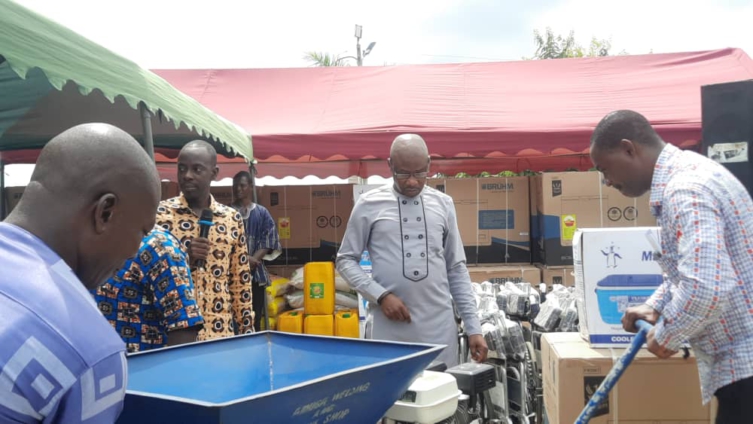 Persons with disability in the North Tongu District of the Volta Region have been warned to desist from selling items meant to help them become financially independent.

Mr Fenu noted that several complaints have been made to the assembly about how the beneficiaries sell the items meant to be a business avenue for them and later come to the department to seek help.

He said the assembly has a strong monitoring team to make sure that such items received are used for the intended purposes only.

“It’s sad that the PWDs come for the items and quickly sell them immediately they leave the assembly thereby making life unbearable for them and their families but likely we have put a team in place to monitor these people so they can use the items wisely,” Mr Fenu said.

Mr Fenu reiterated government’s commitment to making sure that the needs of the PWDs are met at all times adding that, the state has intentions to involve PWDs in its governance system.

He, however, urged them to keep faith in the government as better days are ahead.

A young mother with a 10-year-old son with a disability who said the father of the child left her when the child became disabled, lamented how difficult it was to even take care of the child’s needs, especially hospital bills.

She hopes that one day, some kind people or groups would come to their aid especially with a roof over their heads and any help and child survive.

For the first batch this year, 30 PWDs have been given items like deep freezers, coolers, food items for provision shops, grinding machines, and 30 wheelchairs for those unable to walk.