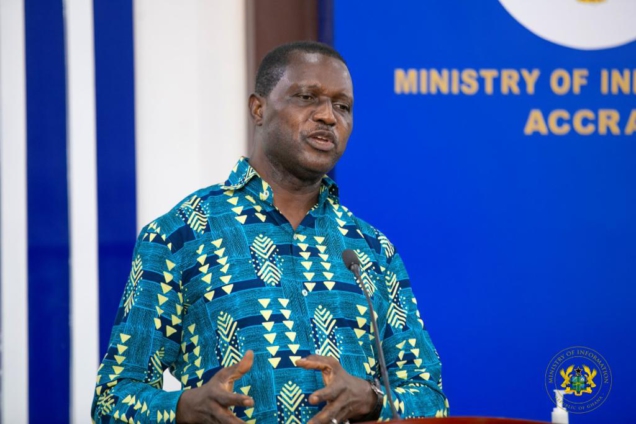 Education Minister Dr Yaw Adutwum has called on Colleges of Education to come out with innovative research work that would promote best practices in teaching and learning in the schools.

He said the elevation of Colleges of Education from pre-tertiary to tertiary institutions had some implications for the Colleges, adding, research and professional development had become a key component in the new dispensation.

The Minister said this in a speech read on his behalf by Madam Gifty Twum-Ampofo, Deputy Minister of Education, at the launch of the 75th anniversary of Amedzope Evangelical Presbyterian College of Education in Ho.

It was on the theme; “Restoring the past glory; repositioning AMECO as a strategic partner in quality teacher education delivery in the 21st century.”

Dr Adutwum described the theme as apt and the day worth celebrating to recount the formative years of the College’s numerous achievements and take a look into the future with optimism.

He said the theme was in line with the government’s policy of creating an enabling environment for teacher education to continue to strive and assured the management of government’s commitment to providing resources for the College to compete favourably with others across the country.

He said government acknowledged the important roles the Church and Alumni played in the development of the College and urged them to continue with the good work.

Dr Adutwum said the government would continue to work with stakeholders to expand infrastructure in Colleges of Education, including; Amedzope E.P College of Education to improve academic work and urged them to take advantage of available opportunities to forge synergies with others to develop programmes and policies to address challenges of the school.

He said the outbreak of Covid-19 has had taught that ICT was critical in education particularly since the delivery of teaching and learning had assumed virtual mode for the past year, and encouraged Colleges of Education to fully embrace ICT in the delivery of education.

“It is in this recognition that the Government supported all Colleges of Education last year with internet connectivity to three hubs on each campus. College leadership should explore more opportunities to invest in ICT infrastructure to improve education delivery”, he added.

Dr Dickson Tsey, Principal of the College, said the College since its inception had trained about 20, 000 quality teachers who were occupying various leadership positions across the various spectrum of life.

He said the school currently had a student population of 771 and was receiving national patronage, as students were admitted from 11 out of the 16 regions in the 2020/2021 academic year.

Dr Dickson said the College, in the same academic year, recorded the highest female intake among mixed-sex Colleges of Education, with 183 females against 188 males, representing 49.3 per cent and 50.7 per cent respectively.

The Principal said the staff strength, both teaching and non-teaching also increased from about 58 in 2018, when he took over the administration of the College to 103 presently.

He said though the school was making significant achievements, its infrastructure was nothing to write home about, saying the College continued to use the old dilapidated structures bequeathed to it by the Founding Fathers.
Dr Dickson lamented that since the establishment of the institution, only the library and one classroom block on the main campus had been added to the infrastructure facilities of the school and appealed for support from the government, benevolent institutions and individuals to ameliorate the situation.

The Principal also called on Alumni of the College to support the school, saying, “We are sinking, let us rise again and restore the past glory of great AMECO.”

The anniversary logo and cloth were unveiled at the programme, meanwhile, the main event of the celebration was slated for October 23, 2021.

The E.P College, Amedzope was established on February 10, 1944, as an off-shoot of two earlier institutions established by the Bremen Mission at Keta in Eweland by German Missionaries.

DISCLAIMER: The Views, Comments, Opinions, Contributions and Statements made by Readers and Contributors on this platform do not necessarily represent the views or policy of Multimedia Group Limited.
Tags:
Colleges of Education
Dr Yaw Adutwum
Education Minister
Teaching