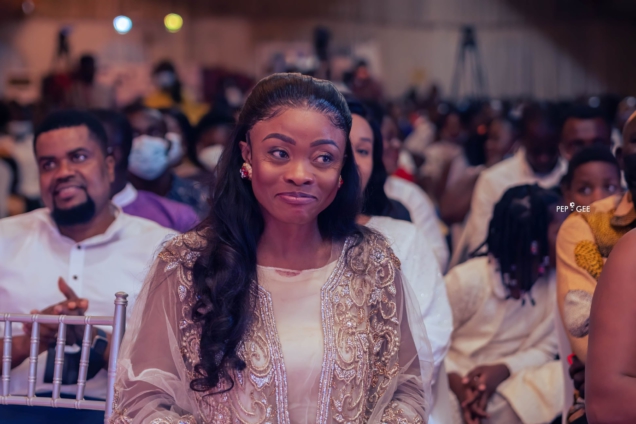 Gospel Musician, Evangelist Diana Asamoah, has dismissed claims that she is dating a younger man.

According to her, the man seen in the video she had posted on social media is her brother.

This comes after some fans and blogs speculated that she was in a relationship with a young man once the video surfaced on Facebook.

While Diana Asamoah was preaching and interacting with her followers, the young man had attempted to fix her hair.

The musician, however, stopped him, asking that he allow her to finish preaching first.

“Preaching is important,” she had said in Twi.

But, their interactions and Diana Asamoah’s comment prompted some people to believe the two are in a relationship.

Denying the claims, Diana reposted one article claiming she was in a relationship with the caption “If we used the same effort/energy used in fabricating stories, Ghana will be a better place. FYI: that’s my brother.”