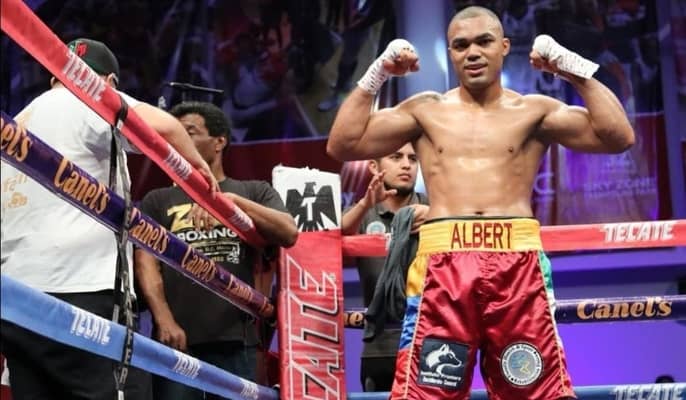 This was exclusively confirmed to Joy Sports by Coach Carl Lokko, Dickson’s trainer. According to him, Perez was unable to secure a visa to travel to Deauville, France.

“We were informed about this last night and the new opponent is a southpaw. We were prepared for an orthodox opponent, ” Coach Lokko confirmed.

Dickson’s camp was already dealing with not having their bags on arrival in Deauville, France. A situation they were managing so it could have a minimum effect on the boxer’s output tonight.

When reached for his comments, Dickson said “since we came here, things have not been good, but we are managing. I have prepared for an opponent and it turns out he cannot make it, so I have to fight another one.

“Since this is my first time travelling, I want to focus and keep my eyes on the belt and win this for Ghanaians. The situation is a tough one but we will manage it, ” Dickson told Joy Sports.

Jacob Dickson, the current cruiserweight champion of Ghana, is a product of the Bronx Gym in Accra and has won all eight professional bouts.

Ramirez, a southpaw, comes into this bout with a record of 14 wins, 13 being knockouts.

DISCLAIMER: The Views, Comments, Opinions, Contributions and Statements made by Readers and Contributors on this platform do not necessarily represent the views or policy of Multimedia Group Limited.
Tags:
Jacob Dickson
Lenar Perez