Did Sam George goof about the criminalisation of intersex people under the Anti-LGBT Bill? 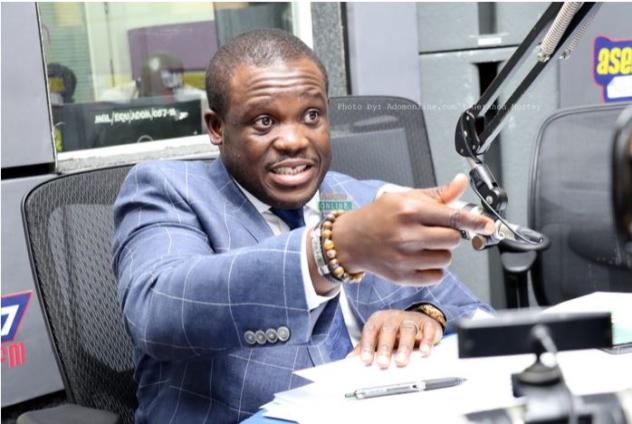 Sam George is Member of Parliament for Ningo Prampram

The lead proponent of the Promotion of Proper Human Sexual Rights and Ghanaian Family Values Bill 2021, Sam Nartey George today, November 29, revealed that the Bill does not criminalise people who identify as intersex.

Intersexuality or intersex is a general term used for a variety of situations in which a person is born with a reproductive or sexual anatomy that does not fit the usual boxes of female or male.

Speaking at the second public hearing organised by the Parliamentary Committee tasked to probe the Anti-LGBT Bill and memoranda submitted in support and against the Bill, he explained that Section 6 of the Bill which deals with the particular acts and identities to be criminalised do not in any way include intersex people.

His comments were in reaction to a remark by MP for Ablekuma West, Ursula Owusu Ekuful who expressed concern at the supposed criminalisation of intersex people, and others with biological anomalies.

However, a closer look at the Bill exposes a contradiction between Sam George’s assertion and the letter of the Bill.

For instance, Section 6 (ix) of the Bill, states that “a person commits an offence if the person holds out as any other sexual or gender identity that is contrary to the binary categories of male and female.”

Intersex people fall out of the binary categories of male and female, as stated above.

Planned Parenthood explains that there are many different ways someone can be intersex.

Some intersex people have genitals or internal sex organs that fall outside the male/female categories — such as a person with both ovarian and testicular tissues.

And some people are born with external genitals that fall into the typical male/female categories, but their internal organs or hormones don’t.

Even though the Bill in Section 6 (c), (f) (ii), and (g) (ii), exempt intersex people who ‘agree’ to undergo sexual reassignment to correct their ‘abnormality’, what then happens to those that embrace their intersex nature?

The logical inference is that any intersex person who decides not to undergo ‘corrective’ surgery to change or affirm their sex automatically forms part of the criminalized sexual identities.

This suggests that Sam George’s assertion is inherently false and does not paint a full picture of the content of the proposed Bill.

Being intersex is a naturally occurring variation in humans, and it isn’t a medical problem – therefore, medical interventions (like surgeries or hormone therapy) on children usually aren’t medically necessary, this is according to Planned Parenthood Association of Ghana.

Should the Bill be passed in its current form, there will be more pressure on parents who have intersex children to have them undergo ‘corrective’ surgeries and therapies.

According to Human Rights Watch, going ahead with these ‘corrective’ surgeries and therapies on children “can inflict irreversible physical and psychological harm on them starting in infancy, harms that can last throughout their lives.”

“The results are often catastrophic, the supposed benefits are largely unproven, and there are generally no urgent health considerations at stake,” they added.

Section 6(2) states that “a person who commits an offence under paragraph (a), (b), (c), (d), (e), (f), or (g) of subsection (1) commits a second-degree felony and is liable on summary conviction to a fine of not less than seven hundred  and fifty penalty units and not more than five thousand penalty units or to a term of imprisonment of not less than three years and not more than five years or both.”

Thus should the Bill be passed, we not only put an unknown number of children (supposedly being protected by the Bill) into danger, we also threaten the freedoms and liberties of intersex adults who have embraced their sexual realities by imposing brutal sanctions on them.

The author, Cornerlis Kweku Affre, works with Myjoyonline.com under the Multimedia Group. Follow him on Twitter @cornerlis

DISCLAIMER: The Views, Comments, Opinions, Contributions and Statements made by Readers and Contributors on this platform do not necessarily represent the views or policy of Multimedia Group Limited.
Tags:
Anti-LGBT bill
Intersex
Promotion of Proper Human Sexual Rights and Ghanaian Family Values Bill 2021
Sam George