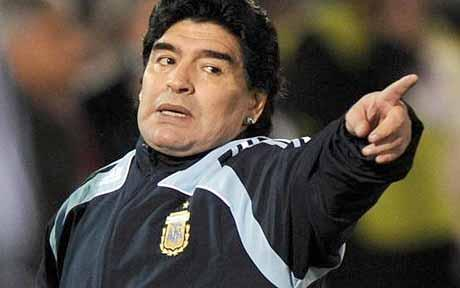 Messi, 27, picked up the prize for the tournament's best player following Argentina's 1-0 defeat by Germany in the final at the Maracana stadium.

"I would give heaven and earth to Leo," said Maradona.

"But when marketing people want him to win something he didn't [deserve to] win, it is unfair.

Messi scored four goals in the group stages but failed to add to that tally in the knockout rounds.

He set up his side's winner against Switzerland in the last 16 but struggled in the semi-final against the Netherlands.

Messi was only a sporadic threat in the final, in which he also missed a chance to put his side ahead.

"I could see that he didn't want to go up and collect it [the award]," said Maradona, who was named the best player when Argentina won the World Cup in 1986.

However, the former Argentina player and coach says his country's national team could be proud of their performance against Germany.

"We raised our flag high, there's no doubt about that," he added.

"Germany won due to a misunderstanding in the defence but at no point were they better than us. They showed us a lot of respect, and our lads earned that out on the pitch." 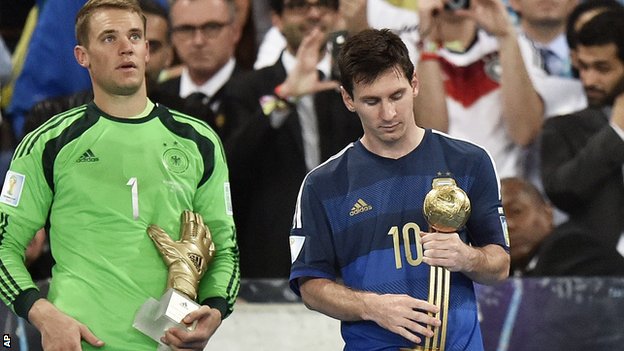