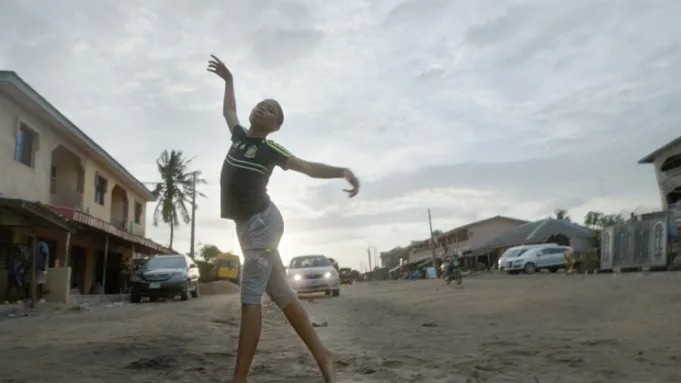 Disney Original Documentary is making a feature documentary on Anthony Madu, the Nigerian boy whose video of himself dancing ballet barefoot in the rain in Lagos went viral.

The documentary called ‘Madu’ will focus on the event that followed after Anthony’s teacher shared the viral 44-second clip of the young boy performing graceful pirouettes and leaps on social media. At the time, he was only 11 years old.

The video won the hearts of many, earning him a number of scholarships including one at the prestigious Jacqueline Kennedy Onassis School at American Ballet Theatre in the US and the 100-year-old Elmhurst Ballet School in the U.K.

The talented young boy now studies at the prestigious Elmhurst Ballet School in the UK.

In a press statement, Disney Original Documentary noted that “having grown up in an isolated community outside of Lagos and with almost no formal training, audiences will get a close look at Anthony’s journey after being awarded a scholarship to Elmhurst Ballet School, one of the most prestigious ballet schools in the United Kingdom.”

They added, “Anthony comes from a community with limited opportunities, making this [a] chance of a lifetime to pursue his dream…By immersing the audience in Lagos’s culture and fascinating surroundings, Ogens and Benson use their unique perspectives to bring the film to life in the true spirit of Nigeria and its people.”

Disney stated that the documentary will feature intimate vérité and stunning visuals and the film will immerse audiences into the characters’ worlds and examine their journeys in profoundly inspiring ways.

Marjon Javadi also in a statement said that “Anthony’s journey is a beautiful one, full of courage, growth and acceptance. We aim to share unique, diverse and global perspectives with audiences, full of magic and heart. We’re thrilled to partner with Matt, Kachi and Hunting Lane Films to share this touching story with the world.”

The documentary is co-directed by Kachi Benson, the director who won the Venice Award in 2019 for his documentary ‘Daughters of Chibok’ about the 276 Nigerian schoolgirls who were abducted by Boko Haram terrorists.

Also directing is Oscar nominee Matt Ogens known for the docuseries Why We Fight and Netflix short doc Audible, which followed a handful of high school students at the Maryland School for the Deaf.

‘Madu’ marks the first collaboration between Kachi Benson and Ogens.

In a statement, the duo noted that “our shared journey is about curiosity and creating an understanding of different cultures through our connection with each other.”

“Ultimately, this is a journey of discovery, growth, belonging and acceptance, a theme we both personally relate to. Making his voice heard is our ultimate drive, and we believe Anthony’s extraordinary story will make the most captivating, emotional, and riveting film either of us have told.”

‘Madu’ will get a festival run before a limited theatrical release.

DISCLAIMER: The Views, Comments, Opinions, Contributions and Statements made by Readers and Contributors on this platform do not necessarily represent the views or policy of Multimedia Group Limited.
Tags:
Anthony Madu
Anthony Madu ballet
Ballet boy in the rain
Disney
Disney Original Documentary
Nigerian ballet boy