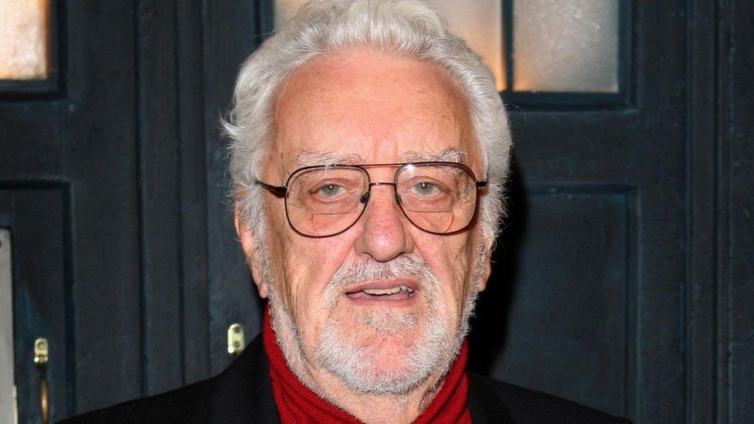 Doctor Who and Wombles actor Bernard Cribbins has died aged 93, his agent has confirmed.

During a career that spanned seven decades, Cribbins narrated the 1970s children’s programme The Wombles.

Cribbins returned to the show as Wilfred Mott, the grandad of Catherine Tate’s character Donna.

The actor was known by generations of children – he also played the station porter Albert Perks in 1970 film The Railway Children.

Former Doctor Who showrunner Russell T Davies led the tributes, posting a picture of him on set, while saying: “I’m so lucky to have known him. Thanks for everything, my old soldier. A legend has left the world.”

Comedian and actor Matt Lucas, who also featured in Doctor Who, posted online that Cribbins was a “brilliantly talented man”.

Songwriter and producer Mike Batt, who wrote the theme tune for The Wombles, told BBC News Cribbins was a “wonderful” and “generous” guy.

“He was rather mischievous and just great – funny, giggly company to be with. But he took his work very seriously and he was a fine actor on all levels. I think he’ll be so badly missed by so many.”

Dame Floella Benjamin, who appeared alongside Cribbins on children’s television, tweeted: “He was a creative genius, great storyteller and knew just how to communicate with an audience.”

I adored working with #BernardCribbins back in the 80’s. He was a creative genius, great storyteller and knew just how to communicate with an audience. He has left a lasting legacy. #RIPBernard ❤️ pic.twitter.com/O8NC63A2EP

Actor Mark Gatiss said: “There was no one quite like Cribbins”.

“A gifted comic actor with an incredible seam of pathos and real heart. From Sellers to Star Turn, Wombles to Wilf,” he continued. “I once gushed to him about his lovely performance in Hammer’s ‘She’. That afternoon he was off to play five aside – aged almost 90.”

A statement from Cribbins’ agent said his career featured “such diverse work”, including the Carry On series, hit 60s song Right Said Fred and as a notorious hotel guest on Fawlty Towers.

“He worked well into his 90s, recently appearing in Doctor Who and the CBeebies series Old Jack’s Boat,” they added.

“Bernard’s contribution to British entertainment is without question. He was unique, typifying the best of his generation, and will be greatly missed by all who had the pleasure of knowing and working with him.”

There was, Bernard Cribbins said, something of his father in Perks from the Railway Children.

He was funny, hardworking, caring, loyal and someone who could turn his hand to anything. Mr Cribbins senior was also the person who inspired young Bernard to have a go at acting at school.

By the time Bernard Cribbins was 14, he was working full-time at Oldham Rep and 50 years later, he could look back on a career in which he was almost never out of work.

It was his sideline in variety that drew him to the attention of the man who would go on to produce the Beatles, George Martin. Hole in the Ground and Right Said Fred, two stories of manual labour ending in untimely deaths, were chart hits loved by children and endlessly played on BBC Radio’s Junior Choice.

For those of a certain age, he was everywhere – from Carry On, to the radio, to children’s TBV to the Tufty public information films and the Buzby adverts. He was familiar but never so famous that Cribbins, the man, ever overshadowed whatever he had turned his hand to that day.

As an actor, comedian, singer and raconteur, he tried his hand at everything, from Shakespeare to pantomime, Jackanory to Top of the Pops.

Born in Oldham in 1928, Cribbins left school at 13 and found work as an assistant stage manager at a local theatre club, taking on small acting roles before serving an apprenticeship at the Oldham Repertory Theatre.

The actor became well-known in the UK for having a string of successful novelty records in the 1960s such as Right Said Fred and The Hole in the Ground – a monologue which Noel Coward selected as one of his Desert Island discs.

He also appeared in comedy films like including Two-Way Stretch.

In the popular sitcom Fawlty Towers, Cribbins appeared memorably as the ostentatious hotel guest and spoon salesman Mr Hutchinson, in the episode where frustrated owner Basil stresses out about a visit from the hotel inspectors.

Cribbins’ voice was a fixture in UK living rooms, thanks to shows like Jackanory, which he frequently read stories on from 1966 to 1991.

He performed the title role in the CBeebies series Old Jack’s Boat from 2013 2015.

In a 2014 interview with the Guardian, Cribbins gave his thoughts on what makes him such a renowned storyteller.

“Well, I think I’m a good actor, without being boastful,” he said. “I have an array of voices. And intensity is a word you might use. Engage with that little figure on the other side of the lens.”

At the age of nearly 90, he published an autobiography looking back on his years in show business in 2018. Its title was Bernard Who? 75 Years Of Doing Absolutely Everything – and its advice was simple.

“Do your best and be grateful for every single job”.

In Davies’ dedication to Cribbins, he recalled the late star’s first day back on the Doctor Who set: “His first day was on location with Kylie Minogue, but all eyes, even Kylie’s, were on Bernard. He’d turned up with a suitcase full of props, just in case, including a rubber chicken,” he said. “And what an actor. Oh, really though, what a wonderful actor.”

“We once took him to the TV Choice Awards and sent him up on his own to collect the award, and the entire room stood up and cheered him,” he added. “That’s a lovely memory.”

“It was so special to work with Bernard Cribbins,” wrote actress Helen Lederer, describing him as the “king of props and stories to make hair curl”.

Actress and singer Elaine Paige shared a picture of the two of them together, describing Cribbins as “a special man of many talents” and “one of the good guys”.

I’m so very sad. My dear pal Bernard Cribbins has died. We met on Anything Goes & kept our ‘Friendship’ for over 33 yrs. A very special man of many talents. Funny, kind, genuine, always had a smile on his face & a quip. One of the good guys. I will miss him so very much. RIP pic.twitter.com/9KrDUUuKMv

The Gold channel, which broadcasts repeats of vintage British TV sitcoms, tweeted: “We’ll be having a cheese salad for lunch, in honour of his memorable appearance in Fawlty Towers.”