Does cloves tighten the vagina? 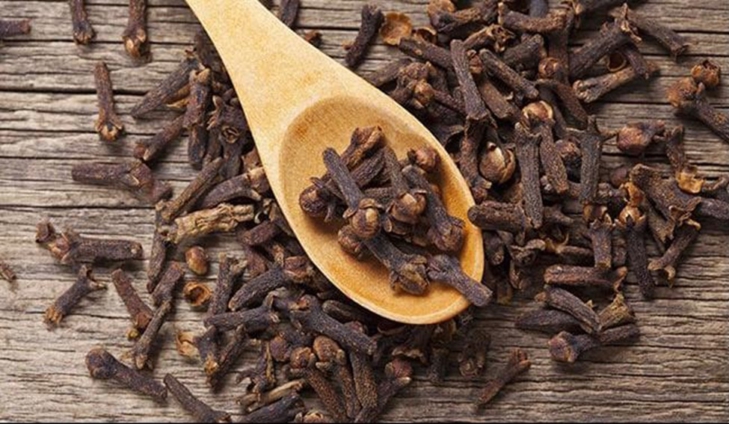 There has been some hype that cloves aid in vagina tightening. The rumor has it that if you soak cloves inside water for 2 to 3 days. The resulting water is used by our women to wash the vagina in anticipation that it will tighten the vagina and removes the odor. How true is this rumor?

As part of my literature review on this important subject, I found no evidence that cloves affect vagina tightening. However, there are many benefits we derived from cloves. In this article, I review the scientific benefits of using cloves.

For instance, Clove oil contains a chemical called eugenol that might help decrease pain and fight infections. Eugenol has also been described as a natural anesthetic and can reduce pain.

Clove origin is traced to the Middle East and is considered Ayurvedic and Chinese medicine due to its purported aphrodisiac properties and ability to treat headaches and indigestion. It is a spice for cooking with the species name Syzygium aromaticum.  It is predominantlygrown in India and Madagascar.

Cloves are loaded with antioxidants, especially the type called eugenol, which is a phenolic compound that can lower oxidative stress. This compound is present in concentrations of 80%–90% in clove bud oil and 82%–88% in clove leaf oil. One study by Nassar et al.(2007) also reported that there are other bioactive compounds isolated from clove extracts including flavonoids, thymol, benzene, and methylene chloride. Another study by Nagababu et al.(2010)  also found that due to its antioxidant nature, eugenol can avert the development of chronic diseases and may help promote healthy aging.

Cloves also contain fiber, vitamins, and minerals,  hence when you use whole or ground cloves to add flavor to your food can provide some important nutrients. For instance, USDA  found that

(Takeda, 2003; Palacios, 2006)study reported that manganese is an essential mineral for maintaining brain function and building strong bones  Apart from being a rich source of manganese, cloves are only used in small amounts and do not provide significant amounts of nutrients.

Shan et al. (2005) also found that Cloves are loaded with antioxidants and these antioxidants reduce oxidative stress helping fight chronic disease(Pham-Huy et al. 2008).  One test-tube study also found that eugenol, a natural compound in cloves that prevents oxidative damage caused by free radicals is five times more effective than vitamin E, another potent antioxidant( Nagababu et al. 2010). One article by Dr. Josh Axe(2019) also reports that eugenol also acts as a natural germicide due to its antimicrobial properties. This makes it similar to raw garlic, another type of bulb that contains immune-boosting compounds, such as allicin, that fight bacteria growth.

Another study by Carrasco et al.(2010) also stipulates that cloves are loaded with other compounds with similar effects. For instance, averts the proliferation of some harmful microbes that may cause oral or gastrointestinal infections and diseases.  The researchers also found that clove buds have immunostimulatory activities that can help promote immune response mechanisms. This is one reason why Clove extract and oil have found their way as a food preservative as they have the potential to help keep the growth of bacteria, including listeria, Pseudomonas aeruginosa, Salmonella, Streptococcus, and Staphylococcus, under control. These can contribute to food poisoning. Clove is also popular around the world in dentistry since it fights the formation of gum disease. For instance, Nzeako et al.(2006) found that the properties of cloves could even help promote oral health. Additionally, another animal test-tube study by Cai and CD(1996) reported that the compounds extracted from cloves were found to stop the growth of two types of bacteria that contribute to gum disease.

Kothiwale et al.(2014) human study using 40 people and tested the effects of an herbal mouthwash consisting of tea tree oil, cloves, and basil for 21 days. The study reported that there were changes in gum health, as well as the amount of plaque and bacteria in the mouth.

Fast forward, Hussain et al. (2011) test-tube found that due to the presence of eugenol in cloves it has anticancer properties. This antioxidant property promoted cell death in cervical cancer cells.  Let me state that these test-tube studies used highly concentrated amounts of clove extract, clove oil, and eugenol. A previous study by Hartnoll, G(1993) found that a high level, of eugenol, is toxic and overdosage on clove oil can cause liver damage, especially in children.  There is a need to conduct studies to determine how lower amounts may affect humans.

Studies have found that the compound eugenol has the locus standi to support the liver. For instance, one animal study(Al-Okbi et al. 2014) fed rats with fatty liver disease mixtures containing either clove oil or eugenol.  They found that both mixtures enhanced liver function, decreased inflammation, and lowered oxidative stress.  On the other hand, Ali et al.(2014) animal study also found that the eugenol found in cloves can reverse signs of liver cirrhosis or scarring of the liver. Do remember that these are animal studies only and human studies are limited.

As previously stated, there is a tendency that eugenol can be toxic in high amounts.  This was reported in one case study in a 2-year-old boy given 5–10 mL of clove oil which caused serious liver damage(  Hartnoll  and Douek, 1993)

Kuroda et al. (2012) animal study found that clove extract helped moderate blood sugar increases in mice with diabetes.  Khaffer et al.(2017) test-tube and animal study examined the effects of clove extract and nigericin, a compound found in cloves, both on human muscle cells and in mice with diabetes. The study found that cloves and nigericin increase the uptake of sugar from the blood into cells, increase the secretion of insulin, and improve the function of cells that produce insulin.  A previous study by Prasad et al.(2005)  noted that clove’s essential oils,  due to eugenol and acetyl eugenol, aid positively modulate pathways involved in glucose homeostasis, and can decrease the risk for type 2 diabetes. Finally, Mohan et al.(2019) pilot study found that clove extract decreased pre- and post-prandial blood glucose levels in both healthy and pre-diabetic volunteers.

As stipulated in the nutritional profile, Cloves are also rich in manganese, giving you 30% of the Daily Value in just 1 teaspoon (2 grams) of ground cloves.  Additionally,  Manganese is a mineral that’s involved in the formation of bone and is incredibly important to bone health.

For instance, Bae and Kim (2008) animal study found that consuming manganese supplements for 12 weeks increased bone mineral density and bone growth. Let me state that current research on the effects of cloves on bone mass is typically limited to animal and test-tube studies. Hence, extensive research is needed on humans for assessment.

Clove, and especially clove oil, has long been used in dental care due to its natural analgesic and anti-inflammatory properties, as well as its antiseptic and antibacterial effects.

Alqareer et al.( 2006) found that cloves support dull aches, reduce swelling and provide relief from discomfort in those with toothaches, skin breakouts, headaches, and sometimes other conditions. It can also help prevent plaque from forming on teeth, which may cause painful cavities(Axe, J, 2019).

They are also called peptic ulcers, stomach ulcers are painful sores that form in the lining of the stomach, duodenum, or esophagus. Studies stipulate that they are normally formed due to reductions in the protective lining of the stomach, and factors such as stress, infection, and genetics could be the trigger.  For instance, one animal study by Santin et al.(2011) which used essential oil from cloves demonstrate the ability to enhance the production of gastric mucus.

A previous study by Kaunitz et al.(1999) found that gastric mucus acts as a barrier and averts attrition of the stomach lining from digestive acids.  A subsequent animal study by Agbaje et al.(2008) found that clove extract support stomach ulcers and displays possessions the same as the many anti-ulcer medications.  It is worth noting that the studies were based on animals and human studies are needed. This notwithstanding, they provide a clue on the many anti-ulcer effects of cloves and their compounds.

From studies, no single study demonstrates cloves water or any of its directives can tighten the vagina.  However,studies have demonstrated the health benefits of Cloves such as blood sugar lowering and stopping the growth of bacteria and antifungal effect which can be used to fight vagina infections.  Hence, women can add cloves to their daily diets to help them fight gynecological issues and not tighten the vagina.  Though, there are other natural ways to aid vagina tightening such as Kegel exercises or soaking in baths of vinegar dissolved in water is a popular and easy home remedy for a tight vagina. Aloe vera gel can be diluted in a bowl of water and used as a wash for the vaginal area. The astringent property of Aloe vera is known to help tighten the tissues. These remedies followed over some time can help restore vaginal tightness.

The author is a Professor of Naturopathic Healthcare and President of Nyarkotey College of Holistic Medicine & Technology (NUCHMT)/African Naturopathic Foundation. E-mail: collegeofholisticmedicine@gmail.com.