Does coffee affect you mentally? 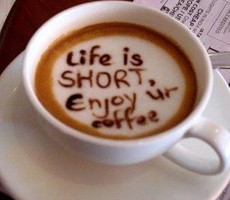 Coffee is the second most traded commodity in the world, with more than 500 billion cups of coffee consumed each year, according to ABC News.

One of the main reasons for its popularity is the caffeine, which acts as a stimulant on your brain. But coffee not only keeps you alert, it may be able to help prevent the cognitive decline associated with aging and diseases like Alzheimer’s.

The stimulant effects of caffeinated coffee can give you a sense of increased energy and alertness, according to a study published in 2008 in “Nutrition Research.”

After consuming a 12-ounce cup of coffee, women between the ages of 18 and 28 had spikes in blood pressure, heart rate and mental alertness, whether they regularly drank coffee or not. People often use coffee when driving long distances for its ability to keep them awake.

A study published in February 2012 in the journal “Psychopharmacology” looked at the effects of a single cup of coffee on simulated highway driving performance. Even that small amount of coffee improved the standard deviation of lateral position — which reflects how much a car weaves — as well as speed variability, subjective sleepiness and overall driving performance for up to two hours.

A study in Brazil investigated the effect of chronic coffee and caffeine consumption on cognitive behavior and the antioxidant levels in rat brains. The results, published in 2011 in “Pharmacology, Biochemistry and Behavior,” found that coffee intake improves concentration and long-term memory. It also protects the antioxidant system, which may play an important role in preventing age-related decline in cognitive function.
Studies on humans have been mixed.

One report, in a 2002 issue of the “American Journal of Epidemiology,” found that lifetime coffee intake was associated with better cognitive function in women aged 80 years and older, although it had no effect on men in the same study. Another report, published in the “European Journal of Clinical Nutrition” in 2002, showed that coffee consumption did improve cognitive function in men, with the least cognitive decline associated with consuming 3 cups of coffee per day.

Researchers in Austria used functional magnetic resonance imaging or MRI to determine how coffee activates different areas of the brain in volunteer participants. The subjects fasted and abstained from caffeine and nicotine before the test, then were given either a cup of strong coffee containing 100 milligrams of caffeine or a caffeine-free placebo drink.

After 20 minutes, the participants underwent memory and concentration tests. The results, presented at the annual meeting of the Radiological Society of North America in 2005, showed that coffee produced significant increases in activity in the frontal part of the brain that controls attention and concentration.

Although no cure exists for the memory-stealing effects of Alzheimer’s disease, a study published in 2011 in the “Journal of Alzheimer’s Disease” showed that coffee consumption as you age may reduce your risk for developing the condition.

The researchers noted that caffeinated coffee may protect against Alzheimer’s because of some as-yet-unknown component in coffee that works together with caffeine. The combination of the two enhances levels of blood-plasma components to fight the development in the brain of plaque deposits linked to Alzheimer’s.

If you are particularly sensitive to the effects of caffeine, heavy caffeine consumption of 4 to 7 cups of coffee a day or more can have a negative impact on your mental outlook.

Some of the potential side effects include restlessness, anxiety, irritability and sleeplessness. High levels of unfiltered coffee may also increase cholesterol levels and the risk for heart disease in people with a specific genetic mutation, according to MayoClinic.com.