Does eating too much chocolate give you spots? 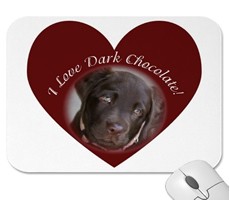 When teenagers have spots, it’s not long before someone tells them they should eat less chocolate. Whether there’s any truth in this involves asking two questions: first, is there any evidence that people who eat chocolate are more likely to have acne; and second, is there a process by which ingesting chocolate could cause spots?

I’ll begin with the second question. Spots occur when skin pores become blocked with sebum, the oily substance produced by tiny glands that lie within the skin. If the pore is partially blocked you get a blackhead. If it’s fully blocked you get a whitehead. All of us have millions of harmless bacteria living on our skin, and these can infect a blocked pore, causing a red lump to form – in other words a spot. If you get a lot of spots it is known as acne.

If both your parents had acne when they were teenagers then you are more likely to have it too. The reason that adolescents are particularly prone to spots is that sebum-producing glands are highly sensitive to hormones. Acne usually reduces by the time you become an adult, but a small percentage of people find it persists. Even in adults, fluctuations in hormone levels continue to have an impact, for instance, some women find they get more spots in the run-up to their period or when they’re pregnant.

But back to the question, is there a process by which chocolate could exacerbate acne? There are several theories. One is that since chocolate is fatty it could increase the level of soluble fat in the bloodstream, which could in theory lead to the production of more sebum, and therefore more blocked pores. There is also a suggestion that large quantities of chocolate could raise insulin levels in the bloodstream, altering the levels of some hormones, again leading to an increase in sebum production.

The theories sound plausible, but what happens in practice? A systematic review from 2005 found just three studies looking at chocolate, all conducted several decades ago. One study found that the quantity of chocolate, milk and roasted nuts university students ate made no difference to the severity of acne. But the sample was small and there was no control group, making it hard to draw many conclusions from this study.

In 1969, a placebo-controlled study conducted in patients visiting an acne clinic and men in prison also found chocolate made no difference to acne. Now you might be wondering what a chocolate placebo looks like, and where you can get one. The participants were given chocolate bars with the same fat and sugar content as ordinary chocolate, but with lower levels of cocoa. So this study only tells us that cocoa makes no difference to acne, it tells us little if not nothing about fat and sugar. What’s more, the prisoners and patients only ate chocolate for four weeks. Medication for acne usually takes two or months before an improvement is seen, so this might not have been long enough to show chocolate’s effect on the skin.

The third study doesn’t reveal much more information. Eight students ate a bar of chocolate on two consecutive days, and four of them developed as many as five spots. With a sample this tiny, it’s impossible to know whether those five spots would have appeared anyway, regardless of what the students had eaten.

So we can’t yet pin the blame on chocolate, but how about diet in general? A study from back in 1956 on more than two thousand British soldiers suggested a possible link with diet – it found that 20-to-40-year-old soldiers with acne were likely to weigh more than teenage soldiers without.

But for many years inconclusive studies meant that any link between food and acne was at best unproven, and at worse a myth. Then in 2002 came the intriguing finding that no one in non-westernised populations in New Guinea and Paraguay had acne. Suddenly diet was back on the agenda. Of course there is the possibility it is genetics that is protecting these populations from acne, but if diet does make a difference, then we need to know which kinds of foods in industrialised countries are having the biggest impact on acne. Is it the amount of fat consumed that matters, or sugar, or as some have suggested, the speed at which the sugar breaks down (high versus low glycaemic diets)?

Again, reviews can’t help us – they conclude that there’s not enough evidence to know what is happening. A review in 2009 looked at 21 observational studies and six clinical trials and concluded that dairy products made a difference, but not chocolate in particular. However, before you think about cutting out dairy products, bear in mind that this review included some trials with very few participants and no control groups. As the authors of a review published last year point out, some of these studies simply asked people what they believe exacerbates their acne, rather than what is clinically proven to do so. This is not a reliable method because we all have a tendency to look for links if we have heard they might be true.

The fact is that regardless of what people eat, their acne usually gets better when they leave their teens. So if we are ever to discover the answer, what we need are well-designed prospective studies. And that means tracking people across many months or even years while assessing their chocolate consumption and the severity of their acne. Ideally they need to be randomised either to eat lots of chocolate or none at all. The trouble is that when volunteers get no say as to which group they end up in, this might not be a study that people rush to join.