Does President Mills have advisors at all? 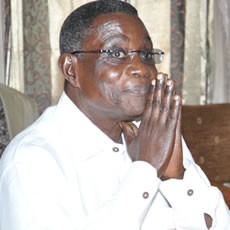 More often than not, some government functionaries and NDC fanatics have glibly said that President Mills will win the 2012 elections. Some have been impudent enough to say that he will do so “hands-down.” Whenever I hear any open declaration to that effect, I shudder. Considering many glaring instances that don’t redound to the President’s image (and his government’s performance) so far, I wonder what justifies that sort of overly optimistic stance and the motivation for the accompanying public utterances.

The search for voters’ mandate for a second term in office is arduous and demands more hard work than what I have noticed about President Mills. I will be blunt to say that either by his own design or the accident that seems to have exposed his under-belly, President Mills is making the going tough for himself. He shouldn’t, therefore, be surprised if overtaken by events on the political landscape as Election 2012 draws near.

Does he have advisors at all? I wonder. If he does, though, I don’t think that they are doing a good job to help him position himself properly for the tasks. Much water has already passed under the bridge concerning the tasks done or not done and those yet to confront him. As we continue to discuss the performance of his government in the light of the search for the voters’ mandate, it is prudent that we highlight some of the aspects that suggest that President Mills is shooting himself in the foot.

His 9-day visit to the United States has already been widely criticized, although he returned to say that he was pleased with his efforts on that trip, killing many birds with one stone. He couldn’t tell us what exactly those birds were, which opens him to needless vilification. What was urgent about investment in Ghana under him at this time that should necessitate that visit? Could others not have been entrusted with that responsibility? By not handling matters properly in this case, he has given weight to his opponents’ claims, most of which bother on the state of his health and the use of that trip to achieve ulterior motives.

Useless government propaganda doesn’t seem to be solving credibility problems but continues to be the main approach toward disseminating information. Whom does the government think it is fooling?

By being reluctant to reshuffle his Cabinet, despite glaring instances of incompetence and plain mischief on the part of some, President Mills seems to be satisfied with the level of mediocrity that continues to draw public anger against his administration. And there is much outcry against corruption too!!

As many development projects get stalled, abandoned, or impossible to start (e.g., the STX housing project), President Mills’ government remains the butt of public scorn and the bull’s eye for political opponents whose propaganda machine is fast churning out messages that stick and will harm his political interests.

Perhaps, the most worrisome lapse is President Mills’ inability to reach out to the people. Elections are won on the basis of the candidate’s ability to maintain a close touch with the electorate to sell himself and his agenda for national development. The efficacy of the “door-to-door” campaign strategy that enabled him to outmanouevre the NPP’s Akufo-Addo comes to mind here. Undoubtedly, that approach paid off tremendously, contrary to the NPP activists’ expectations.

That is why even though they had ridiculed him for using it for the 2008 elections, they can’t do otherwise in retrospect but go for it (disguised as Akufo-Addo’s “Listening” tours). The “door-to-door” approach helped then Candidate Mills to reach out successfully to the electorate, which won him the Presidential election to place him where he has been since January 7, 2009, and which will unfortunately contribute to his exit if not used again to retrieve voter confidence in him.

Granted that his heavy schedule won’t allow him to resort to this “door-to-door” approach all too soon, it is all the same unpardonable for him to lose touch with the people the way he has done so far. He has failed to use available means to keep himself connected to the people. When, for example, was the last time he delivered any national address on radio or television to throw light on pertinent issues?

Not for our own President Mills who has chosen to leave the people in the dark. He is stuck to the routine, stale means of making his voice heard—through the annual State of the Nation Address to Parliament, during the Independence Day celebration, or in sitting at the Osu Castle and receiving greetings and other forms of diplomatic niceties/courtesies from envoys accredited to Ghana or other personalities indulging in annoying bureaucratese and officialese just for mere public attention. Those niceties don’t win voter confidence.

Again, President Mills’ regional tours seem not to be well organized to help him create and sustain the momentum that reaching out to the people demands. Such an effort is also routine, prefabricated, and ineffectual. The numerous cancellations of his oft-announced but abortive tour of the Volta Region confirms the haphazardness that has characterized his outreach efforts.

By not using the numerous opportunities to stay connected to the people, he has virtually cut himself off from them and created a gap, which is being fast filled by his detractors bent on demonizing him. By creating that gulf, he has left the work for his appointees to do. And who doesn’t know how shoddily they are doing that work? Probably, they are themselves apprehensive of their fate in the near future; hence, their rush to contest Parliamentary seats so that they can secure a foothold elsewhere if Election 2012 turns out to be disastrous for him. Obviously, public outcry against these appointees suggests that they don’t even have the confidence of the people to warrant their being entrusted with the responsibility of marketing President Mills.

From the look of things, then, President Mills doesn’t appear to know what awaits him. As he continues to bank his hopes on infrastructural development and the praise-singing circus by loud-mouthed sycophants seeking more opportunities for their bread to be heavily buttered, the electorate continue to chafe at several inadequacies of his government, not to mention the ever-worsening living conditions and failure to fulfill the 2008 electioneering campaign promises.

The main issues are piling up to scare him stiff as the electioneering campaigns heat up. Having already failed to fulfill earlier promises—and not being concerned enough to constantly reach out to the people to explain issues and seek forgiveness—what again will be his trump-card to play for Election 2012? Piling up more promises on unfulfilled ones? I can’t wait for that moment when he is confronted with the reality that he has not been smart enough to face or address all this while.

Even if his advisors fail to ring the alarm bell, can he not be up-and-doing at his own volition, knowing very well that it is his fate that will hang in the balance at election time? Surely, the bell is tolling for him, and the earlier he hears and responds to its call, the better prepared he will be to face the electorate. These problems can’t be brushed under the rug and will definitely haunt President Mills unless tackled now.