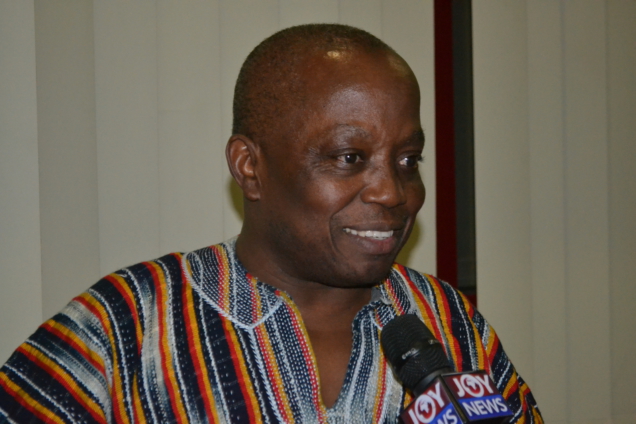 Lawyer and host of JoyNews’ Newsfile show, Samson Lardy Anyenini says that in the former Auditor-General’s quest to fight corruption in the country, he saved Ghana millions of Ghana cedis.

Speaking to JoyNews colleague – Winston Amoah on the Super Morning Show, Thursday, he said Daniel Domelevo is the only one on record in the history of the office of the Auditor-General to take it upon himself to redeem the image of the service.

“This Auditor-General, a World Bank report isolated him among three selected countries and eulogised him for leading an Audit Service Board that now can be said to be an institution of integrity that is holding the state accountable.”

Thanking Occupy Ghana for “taking the step” in the Supreme Court, Mr Anyenini applauded the former Auditor-General, for being the only Togolese Auditor-General who has ensured that surcharges and disallowances have become a part of our process.

During his tenure, the former Auditor-General made progress in 2018 in relation to Disallowance and Surcharge by successfully recovering a total of ¢67.32 million into government chest.

Also, in June 2017, the Supreme Court ordered the former Auditor-General to surcharge anyone that is found to have misappropriated public funds.

“He is doing something that would have helped the corruption fight a lot more and he has done quite a bit in that direction. If there was anybody who deserved to be in that office whose stay in that office ought to be extended, it is this man,” he asserted.

On 3rd March 2021, President Akufo-Addo issued a directive for the former Auditor-General, Daniel Domelevo to proceed on retirement barely 16 hours after he returned from his 167-day accumulated leave on Wednesday, March 3, 2021.

The directive, according to a statement signed by Secretary to the President, Nana Asante Bediatuo, stems from an indication by the Audit Service Board that Mr Domelevo has exceeded the eligible age to remain in the workforce.

“The attention of the President of the Republic has been drawn to records and documents made available to this Office by the Audit Service, that indicate that your date of birth is June 1, 1960 and that in accordance with article 199 (1) of the Constitution, your date of retirement as Auditor-General was 1st June, 2020.”

Meanwhile, speaking at the Jurist Confab of the Faculty of Law at the University of Cape Coast in 2018, the Auditor General called for a total decentralisation of the governance structure of the country, if Ghana is to win the fight against corruption.

He also stated that the fight against corruption would be meaningless and would remain mere rhetoric should we look up to the president alone.

“Let us take the challenge and start fighting. If we are only waiting for one man called ‘His ‘Excellency’ who is going to win the war for us, I think it should elude us,” he asserted.

DISCLAIMER: The Views, Comments, Opinions, Contributions and Statements made by Readers and Contributors on this platform do not necessarily represent the views or policy of Multimedia Group Limited.
Tags:
Audit Service Board
Auditor-General
Daniel Domelevo
President Akufo-Addo
Samson Lardy Anyenini