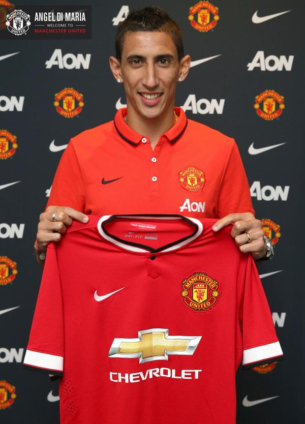 Manchester United have announced the signing of Angel Di Maria on a five-year deal.

United announced they had broken the British transfer record by signing the winger for £59.7m from Real Madrid.

Posting the news on Twitter, the club revealed: "Manchester United is delighted to announce that Angel Di Maria has completed his transfer for a British record fee of £59.7million. Angel joins on a five-year contract."

The fee surpasses the previous record of £50m, which Chelsea set when they bought Fernando Torres from Liverpool in January 2011.