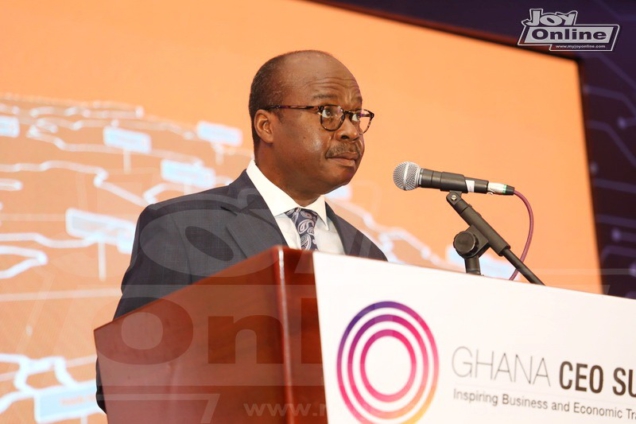 Governor of the Bank of Ghana, Dr. Ernest Addison

The Bank of Ghana has refuted the World Bank’s assertion that it is responsible for the increasing rate of inflation in the country.

According to the Central Bank, it cannot be blamed for the rising inflation which has affected various goods and services.

He said Ghana is amongst the first countries to tighten its monetary policy rate, therefore the assertion that it delayed in doing so, hence the rise in inflation, is not acceptable.

“They’re of the other view that the monetary policy tightening is the way to go. Except that we’re late by their assessment, which I also disagree with because if would recollect, we started this policy tightening as far back as November 2021. It wasn’t in January that we got locked out of the market”, he added.

The comments by the BoG Governor, follow a recent World Bank report which indicated that failure of the Central Bank to tighten its monetary policy on time, is the cause of the country’s rising inflation which has consequently affected the economy.

Per the report, the country’s debt to GDP is expected to hit 104% by the end of the year.

This means if Ghana’s total productivity is measured over a one year period, it cannot cater for its external debts; as a deficit of some 4% would be required.

In its findings, the World Bank further noted that the depreciation of the Cedi as well as the increasing rate of inflation and government’s fiscal deficits are to blame for the prevailing economic situation.

It added that, inflation is the major contributory factor, but could have been curbed if the Central Bank had tightened its monetary policy earlier.

But the Governor of the Central Bank has disagreed with this assertion. Dr Addison therefore noted that he is hopeful about the measures being put in place to salvage the economy, as far as inflation is concerned.

Meanwhile, government has also assured of its commitment to revive the economy.

DISCLAIMER: The Views, Comments, Opinions, Contributions and Statements made by Readers and Contributors on this platform do not necessarily represent the views or policy of Multimedia Group Limited.
Tags:
Bank of Ghana (BoG)
Dr Ernest Addison
Economy
Inflation
World Bank