According to Kofi Adams, the clear lesson is that "you can't force your way into power".

He explained to Joy News Wednesday that Clinton's victory in the Democratic Party primaries did not reflect the true aspirations of the grassroots.

Hillary Clinton in June 2016 became the first woman to capture the presidential nomination of a major party in the U.S after beating Bernie Sanders.

Mr Adams endorsed this view saying the former first lady's fierce opponent Bernie Sanders won the hearts of the people adding, "Clinton should have known that she was not the true choice of her party hence Trump's victory was a signal to the Democratic party that they got their choice wrong."

Extrapolating the political events of the US which is 9,898km from Ghana, Mr Adams suggested Nana Akufo-Addo is not the true choice of the NPP despite a 98 percent victory margin in the NPP presidential primaries.

"…the system worked against Bernie Sanders to get her elected as was done here in Ghana to get Akufo-Addo elected. When you force your way to power, Ghanaians will not accept you," he noted.

The trend in Ghanaian politics is that a Republican victory results in an NPP victory while a Democratic party's victory is seen as a sign of an NDC victory. 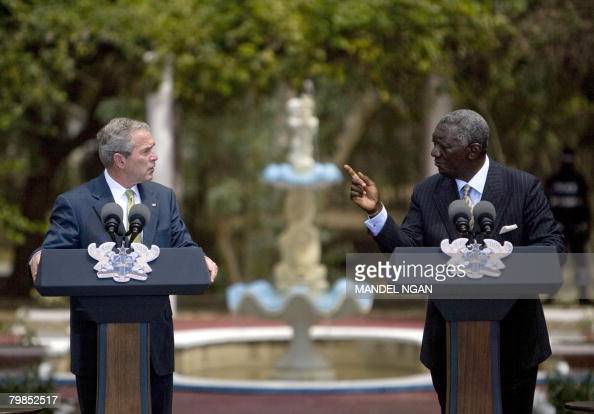 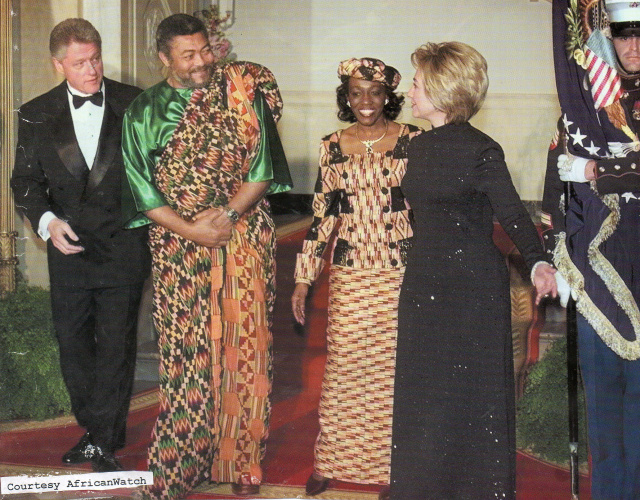 President Bill Clinton and his wife, Hilary on a state visit in March 1998

President Obama and President Mahama joined by their wives Lordina Mahama and Michelle Obama in August 2016.

NPP and the Republican Party share the same symbol of the Elephant and they both came to power in 2000 and exited power in 2008.

By this extrapolation, some interpret the Republican victory as signs of an impending defeat for the NDC in the December polls.

The NDC win power anytime a Democrat wins and it was in this spirit that the NDC General Secretary, Asiedu Nketia, endorsed Hilary Clinton.

But in the wake of Clinton's defeat, Kofi Adams pointed out that earlier, the Deputy NDC General Secretary, Koku Anyidoho, had linked Donald Trump to Mahama.

Mr Anyidoho believes that despite the strange linkages between the US and Ghana politics hovering around the 2016 elections, President Mahama will win the 2016 presidential elections.

"President Mahama and Donald Trump are not in the same [situation]" he told Joy News' Francis Abban.

This is because while Donald Trump is an outside seeking political office, President Mahama is a sitting president seeking re-elections and American's have never rejected any sitting president.

He said just as Americans re-elected Clinton in 1996, George Bush in 2004 and Barack Obama in 2012, Ghanaians will also give Mahama a second-term.

" This will not reject a sitting president and Ghana will not do that", he predicted.

Ghanaians go to the polls on December 7.