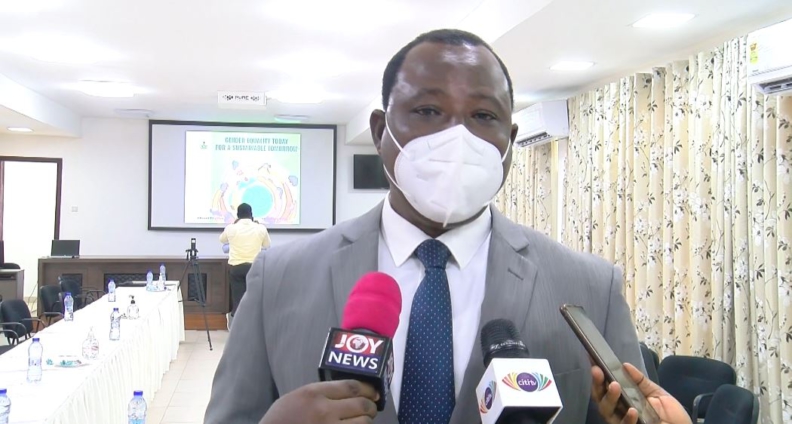 The Commission on Human Rights and Administrative Justice (CHRAJ) has thrown its weight behind calls for the Auditor-General to surcharge culprits and institutions indicted in his report.

The Commission believes that is the only way Ghanaians will benefit from his work.

The Commissioner of CHRAJ, Joseph Whittal said in a media interview after swearing in a six-member audit committee on Thursday, September 8.

Mr Whittal thus asked the Auditor-General heed to the calls of Ghanaians.

“It is not enough to enable citizens through civil society and others to go to the street for you to perform your duty.”

“It is not about reporting, it is about actual recoveries. Ghanaians want surcharges, and he should listen to the voice of Ghanaians,” Mr Whital said.

Representatives of civil society groups hit the streets of Accra on Monday, September 5, to pile pressure on Auditor-General, Johnson Akuamoah Asiedu to exercise his powers of surcharge and disallowance.

Their demand followed the release of the Audit Service’s latest report.

The report disclosed that the country saw financial irregularities to the tune of ¢17 billion. This was published in the Auditor-General’s Report for 2021.

Although the revelation was shocking to many, Ghanaians are questioning why the Auditor-General did not implement the initiative to surcharge institutions responsible for the lost revenue.

DISCLAIMER: The Views, Comments, Opinions, Contributions and Statements made by Readers and Contributors on this platform do not necessarily represent the views or policy of Multimedia Group Limited.
Tags:
Auditor-General
Auditor-General’s Report
CHRAJ