Down syndrome: I considered killing my son and myself as death explained things better than life - MyJoyOnline.com

Down syndrome: I considered killing my son and myself as death explained things better than life 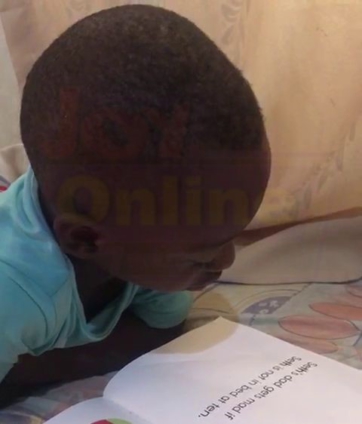 They both discovered their children had Down syndrome right after childbirth. Not long after their husbands left because of the condition of the children.

That is the story of Agnes and Derby, two Ghanaian women who have overcome the shock, the denial and the trauma of raising their children with Down syndrome.

Agnes had her daughter at age 46, 18 years after giving birth to her first child. In an overly spiritual society, her daughter’s condition was fodder for stigma and suggestions that God or the gods are to be blamed.

She said for close to two years she was in denial, simply refusing to accept her daughter had Down syndrome. Her husband did not have to struggle that much. He simply run away.

What you would quickly learn during any interaction with mothers of children with Down syndrome is that most of them became single parents as a result of their children’s diagnosis. Such mothers have to deal with the remarkable weight of a child’s complicated health and educational needs alone.

Agnes says she simply cries when it gets a bit too much for her to deal with but her 28 year old son has been a pillar of support.

For Derby, who battled suicide and weighed up infanticide, one thought that stopped all other morbid thoughts, was “how would your first child Michelle go through life knowing you killed yourself and her younger brother because he had Down syndrome?”

This repetitive question deep in the recesses of her mind, drove her to seek help. She says being vocal about her son’s condition and blogging about her journey proved therapeutic than she could have imagined.

Today as the world observes Down syndrome day, there is great room for you to be an advocate for inclusion of children with Down syndrome.

I celebrate the uniqueness of Agnes and Derby’s children, 10-year-old Todah and seven-year-old Kofi.

Their children have Down syndrome but the two women say they are no longer down.