Dr Amoako Baah: Ghana has corrupted the IMF itself 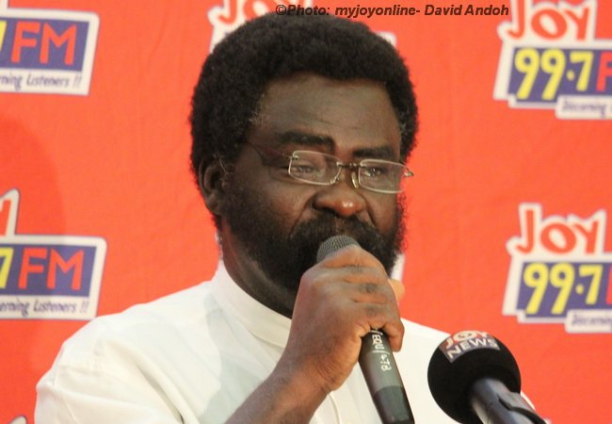 In a closed-door meeting in the Netherlands with the President, the IMF Managing Director, Kristalina Georgieva went out of her way to tell Ghanaians that contrary to the narrative from some opposition elements that Ghana is not in these challenges because of any bad policies of the Akufo-Addo administration, but due to exogenous factors.

The IMF lady went outside the established IMF tradition of non-interference in the internal politics of its client nations by stressing, “We have started very constructive discussions already and to the people of Ghana, like everybody on this planet, you have been hurt by exogenous shocks.”

For her part, Akufo-Addo did well in getting the IMF to finalize negotiations by the end of the year. Most likely, there are no plans beyond December, and any further delay would be catastrophic.

For Ms. Kristalina Georgieva’s statements specially crafted for Ghanaian consumption, and perhaps designed to help an elderly statesman who is not running for re-election, I will say this: A conclusion reached by a logical analysis of the facts on the ground cannot be supplanted by a mere pronouncements from Ms. Georgieva, no matter the height of her expertise.

I would venture to say that Nana Addo must have appealed to the IMF boss for help in dispelling the narrative that Ghana is in trouble because of mismanagement, thievery, and incompetence. If that were the case, it is in order for him to ask for such help.

But it is not in order for the IMF boss to describe a country on its knees as a “superb country.” Such a statement is irresponsible because it does not hold the government accountable for the mishandling of the economy.

The IMF Director should not assume that Ghanaians are illiterates and undiscerning, devoid of reasoning, and prone to accept anything that comes from Europeans. The IMF has in effect absolved the government of mismanagement even before Covid came.

I wonder what the IMF would say about the AG’s 2021 audit report, especially about the rampant corruption and thievery. One suggestion comes to mind: “Stealing and corruption is as old as Adam and Eve!” Or perhaps Covid brought along one of his one-armed bandits called John Poblik Loota?

DISCLAIMER: The Views, Comments, Opinions, Contributions and Statements made by Readers and Contributors on this platform do not necessarily represent the views or policy of Multimedia Group Limited.
Tags:
Dr Amoako Baah
IMF