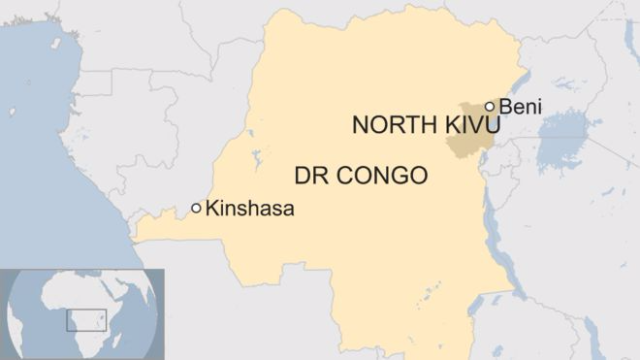 It has been confirmed that a cargo plane that had gone missing has crashed in the east of the Democratic Republic of Congo.

It's feared that all eight passengers and crew have died.

The country's Civil Aviation Authority said air traffic control lost contact with the Antonov aircraft about an hour after it took off from the eastern city of Goma for the capital, Kinshasa, on Thursday.

Debris from the plane has been found but the cause of the crash is not yet clear.

The aircraft – whose passengers included military personnel – had provided logistical support for a visit to eastern DR Congo by President Felix Tshisekedi.

Two years ago 12 people died in a crash near Kinshasa.