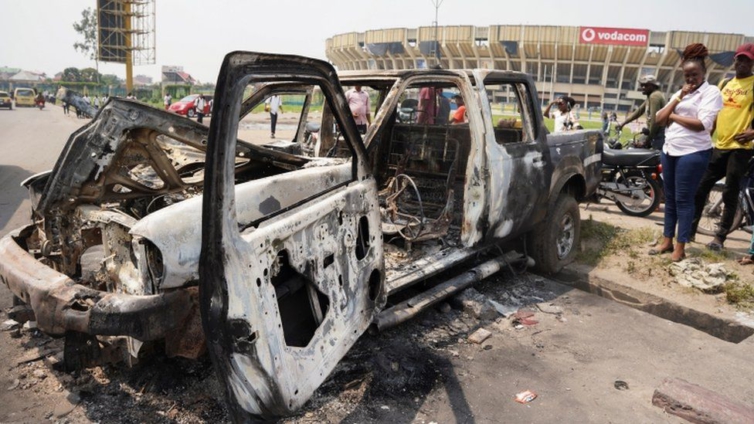 Twenty-nine people have been sentenced to death in the Democratic Republic of Congo in connection with Eid violence that erupted in the capital, Kinshasa.

One police officer was killed and dozens of others were injured in clashes between rival Muslim groups.

They had gathered to mark the end of the fasting month of Ramadan, but fell out over who should lead the event.

The death penalty is no longer applied in DR Congo and those found guilty will serve life sentences instead.

The police had used tear gas and rubber bullets to disperse thousands of people who gathered outside the Martyrs’ Stadium in Kinshasa on Thursday for the Islamic holiday of Eid al-Fitr.

A quick guide to DR Congo

Some of the officers injured in the violence are still in a critical condition, the authorities say.

The clashes were fuelled by a leadership dispute between two camps within the Muslim community.

Forty-one people were arrested at the scene and were put on trial on Friday.

The court session was broadcast live on television and went on all night.

There were 31 convictions – 29 people were given the death sentence and two received five-year jail terms.

Given the speed with which the sentences were passed there are bound to be concerns over the fairness of the trial, says BBC World Service Africa editor Will Ross.

DISCLAIMER: The Views, Comments, Opinions, Contributions and Statements made by Readers and Contributors on this platform do not necessarily represent the views or policy of Multimedia Group Limited.
Tags:
Death Sentence
DR Congo
Eid clash