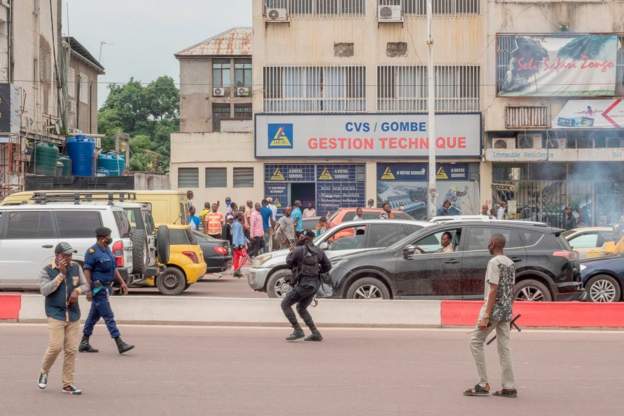 The song faults the president for failed promises

Officials in the Democratic Republic of Congo have lifted a ban on a song that criticised President Félix Tshisekedi.

The ban was announced on Tuesday by the censorship commission and then lifted on Wednesday after the justice minister intervened.

The group behind the music, MPR, also said it had requested for the ban to be lifted.

The ban had been seen as dictatorial and was widely criticised.

Media houses have now been allowed to broadcast the song Nini Tosali Te (What Didn’t We Do in the Lingala language).

The song compares what Mr Tshisekedi promised when he was in the opposition with what he has so far achieved as president.

“You promised us happiness after [the late president] Mobutu left. Mobutu went but we didn’t get anything. You said you would fix things if [the former president] Kabila stepped down. Kabila left but it’s still hard,” the AFP news agency quotes the lyrics.

One other song in French, Letter to Ya Tshitshi, the nickname of Mr Tshisekedi’s late father, Etienne, remains banned.

The singer, Bob Elvis, says: “Since you’ve gone, your son Felix has become president… We have changed regime without changing the system,” the AFP reports.

Government spokesman Patrick Muyaya tweeted that the ban did not come from the government.

“Any citizen is free to express his opinion, provided it is in line with the law,” he said.

The number of views for the two songs have increased on YouTube since the ban, according to the Actualite Congo news website.

DISCLAIMER: The Views, Comments, Opinions, Contributions and Statements made by Readers and Contributors on this platform do not necessarily represent the views or policy of Multimedia Group Limited.
Tags:
Criticising President
DR Congo
President Félix Tshisekedi