Drama at Juaben as assembly members fail to show up to confirm MCE - MyJoyOnline.com 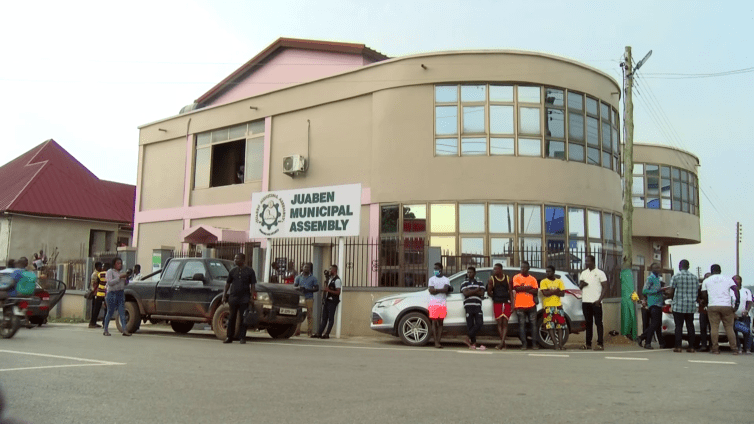 Assembly members in the Juaben Municipality of the Ashanti region have refused to participate in an election to confirm Alex Sarfo Kantanka as Municipal Chief Executive (MCE).

An intervention of the Juaben Traditional Authority failed to resolve the impasse as the assembly members protested the deployment of police and military to the area.

Twenty out of 26 assembly members boycotted the election, leading to indefinite postponement.