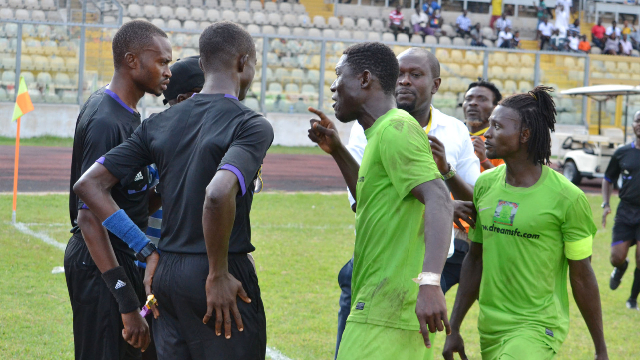 Anafo awarded the penalty after winger Emmanuel Gyamfi had allegedly thrown himself in the box after minimal contact from Dreams captain Abdul Bashiru.

The decision was made much to the chagrin of the Dreams’ officials and players and Shardow had some harsh words afterwards.

"How can you describe this referee than being an armed robber? Okay fine he's not an armed robber because he doesn't have a gun so he is not armed," he told Joy Sports.

"But I think he is a murderer, I can even describe him as a murder because you're playing with people's heart. People have invested money to prepare their team very well for games, they come, play good football and you one-man singlehandedly take such a dubious decision.

"The referee failed to control the game. Just look at the number if cards he showed in the game."

He added: "We [Dreams] came here to play good football but the referee on the day wasn't poor because it's very deliberate. From the 70th minute he was looking for such opportunity and he took such a dubious decision.

"I think if we are to do football well in this country such characters as this referee should've been gotten rid off immediately."

Watch video of the penalty