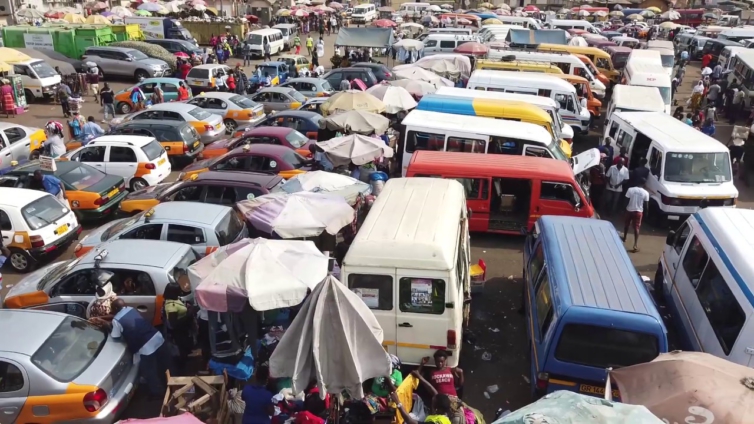 Passengers looking to board vehicles from Goaso in the Ahafo Region to Kumasi in the Ashanti region may have to find alternatives as the drivers have decided to boycott work to protest increment in fuel prices.

The drivers say their businesses are struggling and the recent hike would only crash it if fares are not increased.

They are demanding that prices are reduced at the pumps or they escalate fares yet again just a week after the 19 percent increase.

Unless we are allowed to increase fares or they reduce fuel prices. The roads are not good; we spend money on spare parts, not to talk of fuel. Any driver trying work will be dealt with,” some of the drivers spoke to Adom FM.

In a related development, drivers in the Komenda Edina Eguafo Abirem Municipality of the Central Region on Wednesday suspended their activities with similar concerns.

According to them, until the Ghana Private Road Transport Union (GPRTU) increases the fares, they will not move their cars.

Their protest left many passengers for hours as they could not vehicles to their various destinations.

The drivers say they are running at a loss and they can’t incur more losses.

“We spend ¢82 on a gallon of petrol for just a journey. We can’t use one gallon of fuel on this journey and that’s why we want the GPRTU to help increase the fare for us.”

The Association of Oil Marketing Companies (OMCs) has justified the increase in petroleum prices.

Some OMCs started raising the prices of petroleum products at the pumps on Tuesday morning.

Petrol and diesel prices are going for an average of ¢18 and ¢23 per litre, from the previous prices of ¢15 and ¢19 per litre respectively.

Presently, the price of crude oil on the world market is relatively stable, selling at $94 per barrel.

In an interview with JoyNews on this development, the CEO of the OMC, Kwaku Agyemang-Duah explained that the new prices are a reflection of the depreciation of the cedi and prices on the international market.

“There would be an increase in the next pricing window because of the depreciation of the cedi to the dollar. … over the period the issues have been piling up so we have to do something to it,” he told JoyNews’ Evans Mensah.

However, reacting to the recent increment, fuel consumers say the increase is affecting their businesses.

“I used to spend GHȼ350 to fill my car tank but right now it is almost GHȼ600. I don’t make money, sometimes you will drive all day and not earn the money used to purchase the fuel but we are hoping and praying to God that things will turn around one day,” a fuel consumer said.

Meanwhile, the Information Minister says government has tasked the Energy Ministry and the National Petroleum Authority (NPA) to find reliable and cheaper sources of fuel.

DISCLAIMER: The Views, Comments, Opinions, Contributions and Statements made by Readers and Contributors on this platform do not necessarily represent the views or policy of Multimedia Group Limited.
Tags:
Goaso
Kumasi
Protest
Rising fuel prices