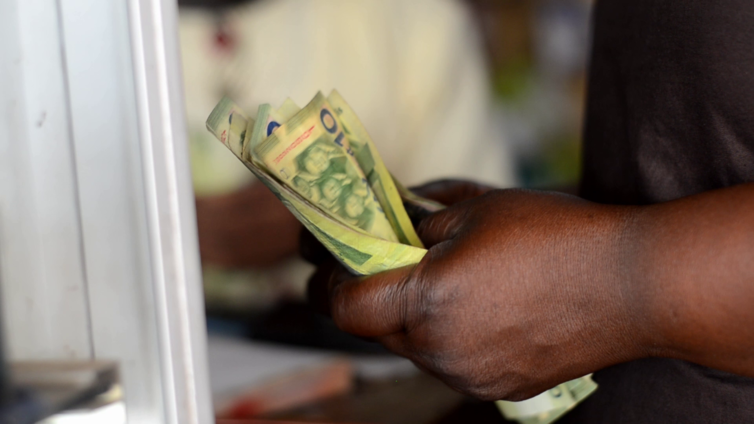 According to him, the levy has grossly affected the patronage of electronic transactions, especially, mobile money.

This, he says, is a result of the government’s intransigence in implementing the levy.

“Last week, the Economic Management Team met with key stakeholders in the implementation of the e-Levy and it is evident that our nation is in crisis. The golden egg we were promised has turned out to be ‘alumi’,” he said.

He added that, “Transaction volumes have reduced by about 18% month-on-month and transaction values have declined by about 40%. This is what we warned the government about but our government is tone-deaf” .

His comment follows Gabby Otchere-Darko’s tweet on Monday which disclosed that the Electronic Transactions Levy (e-levy) has generated less than ¢60 million, close to two months after its implementation.

Subsequently, the Ningo-Prampram MP tweeted: “We sounded the caution, we were called naysayers and doom-mongers. We advised against the tax, we were called Jeremiahs and haters. The e-Levy tax is a failed tax measure. No amount of spin can change the fact.”

The Legislator noted that “Government estimated to collect ₵4.2 billion in 7 months in 2022 from May – December. This works out to approximately ₵600 million a month. It would be safe to estimate a daily accrual of ₵20 million to meet this target.

“Within the first week of the implementation of the e-Levy, the Ghana Revenue Authority and government spokespersons were jubilating that the e-Levy was raking in over ₵1 million a day from one charging entity.

“I was quick to caution a premature ejaculation of joy as that charging entity accounted for almost 70% of transaction volumes but alas, I was insulted and told I didn’t want to see government succeed.”

He said in May 2022, the government only managed to raise about ₵1.8 million per day accumulating less than ₵60 million in revenue for the whole month.

This, he said was only 9% of expected revenue.

“As is the behaviour of highly incompetent but arrogant folks, they are seeking to apportion blame to everyone else apart from themselves. From blaming Mobile Money Agents to the Charging Entities, the chickens have come home to roost.”

He further stressed that the e-Levy remains “a government led Ponzi scheme.”

“The biggest setback in this unfortunate debacle is the roll back of the digital gains and strides that we had made as a Nation since President Rawlings. The sheer incompetence coupled with zealous corruption tinged with a large dose of arrogance is what has served us this poisoned cocktail.”

“I am glad that I have not carried out a single MoMo transaction in the past 9 weeks as a sign of personal protest and in defiance of the insensitivity of our government in imposing the tax.

It appears I am not alone. I salute the many other Ghanaians who are saying enough of the wastage and profligacy in our government. We cannot continue to engage in government sanctioned pickpocketing and expect the citizenry to suffer in silence,” he added.

E-levy was introduced by the government to raise more revenue for the state.

In spite of the great opposition, especially from the country’s biggest opposition party, the National Democratic Congress (NDC), the government went ahead with the implementation of the tax.

Following the implementation of the levy on May 1, most Ghanaians are said to have changed their behavior toward the electronic transfer of funds.

It also appears that the Ningo-Prampram MP and other members of the party who fiercely resisted the implementation of the e-levy have been vindicated as a leading member of the governing party has disclosed that the e-levy has failed to rake in the expected revenue.