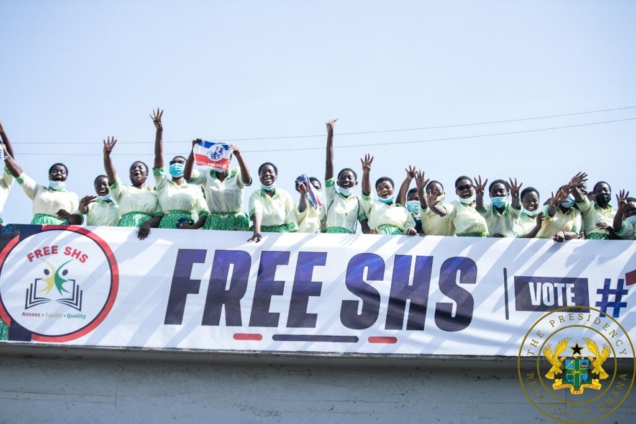 An economist at the Institute of Fiscal Studies, Dr Said Boakye, has disclosed that the Free SHS Policy should be reviewed in order to generate revenue for the country.

According to him, the free SHS would generate a huge amount of revenue if it managed very well.

His comments come on the back of government’s commitment to pass the controversial Electronic Transaction Levy (E-levy).

He said parents who can afford their children’s fees should be allowed to pay whilst government takes care of those who cannot so as to be able to save some amount of money from the policy rather than leaning on the E-levy to survive.

While noting that he is not against the Policy, Mr Boakye believed that it was high time the government faces reality and stop forcing things up just because of some promises made to Ghanaians during the campaign.

“I think the Free SHS policy should be reviewed and the country can make a huge amount of money from there. Parents who can afford should be allowed to pay for their children’s school fees and those who cannot afford, then the government takes care of that:”

“If the government takes it off to generate money, it can be re-enforced after the economy has come back to life. The government should make things real and stop politicising things”. He explained.

The Economist further disclosed that there is a problem with the country’s expenditure and revenue rate.

The government’s expenditure rate should be also be reviewed and cut out some unnecessary expenditures.

“There are some people in the country who take ¢500 monthly, others take more than that but they all survive. What makes the one who takes ¢500 monthly survives is that he is conscious of his expenditure.”

However, the Second Deputy Minority Chief Whip for NDC Comfort Doyoe Cudjoe assures that even if the E-levy is passed by the government today, it will be abolished by the future NDC.

“We have already told  them that Ghanaians  do no synchronize with them about passing the e-levy so we have told them that we will abolish it if we are voted in to office  even if it’s being passed by the government” she assured.

DISCLAIMER: The Views, Comments, Opinions, Contributions and Statements made by Readers and Contributors on this platform do not necessarily represent the views or policy of Multimedia Group Limited.
Tags:
Breakthrough
E-Levy
Free SHS
Institute of Fiscal Studies