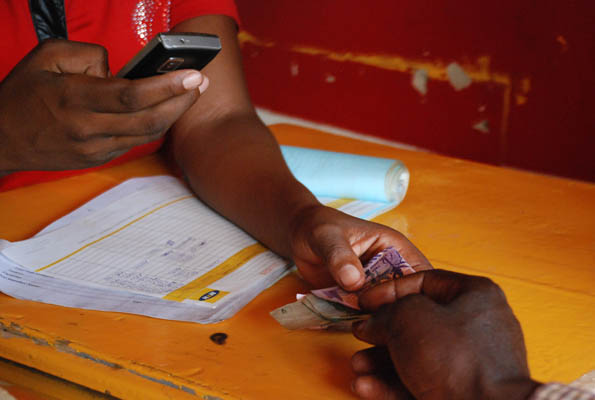 Some residents of Walewale in the North East Region have called on the Vice President, Dr Mahamudu Bawumia, to intervene and stop the passage of the E levy Bill.

According to them they are able to safeguard their business capital on the mobile money platform rather than holding cash, hence are spared from robbery attacks.

The residents therefore noted that the levy’s passage will have adverse implications, including the collapse of their businesses.

Speaking to JoyNews, a fridge technician, Hamidu Abakar said implementing the levy will put pressure on his little income.

One Civil Servant, Mohammed Rabiw, believed that the tax policy is regressive and should be aborted immediately.

“It [E-levy] is not the solution to Ghana’s problems. Are they [government] telling us that they will not add extra taxes next year if they pass this levy? I think they are just finding the easiest way out.

“Our senior brother, Dr Bawumia, has even said that it is not good to tax MoMo, so are we saying that all that he was telling us was a lie?” he quizzed.

Adding his voice, a former Northern Region Minister, Abubakari Abdallah, sent what he described as “an important word” to Dr Bawumia.

According to him, the Walewale constituency is a prime location for armed robbers, especially on market days; thus, traders can secure their business capital by saving it on mobile money.

In view of that, imposing the 1.75% tax will only intensify the hardships of these traders.

“When market women travel to and from the big markets in the region, they are rampantly attacked by robbers where they lose their capital. The only haven for these women is to elude the robbers by saving on their momo wallets.

“So if the policy is good for everyone in Ghana, I would want to remind my big brother that tax is not good for his people in the Walewale area, so he should reconsider,” he intimated.

He further noted that the desperate attempt to impose the tax policy on the citizenry exposes government’s incompetence.

“Nobody needs to tell you that this government is desperate. They have mismanaged the economy, and their performance so far is so abysmal and appalling that they have decided to look everywhere and anywhere for money,” he said.

DISCLAIMER: The Views, Comments, Opinions, Contributions and Statements made by Readers and Contributors on this platform do not necessarily represent the views or policy of Multimedia Group Limited.
Tags:
Dr. Mahamudu Bawumia
E-Levy
Vice President
Walewale