E-Levy: We won’t go to IMF for bailout – Ken Ofori-Atta 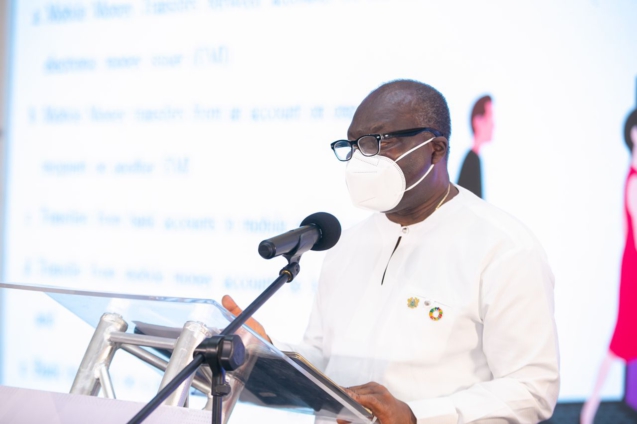 Government says a bailout from the International Monetary Fund (IMF) is not in its plans to restore fiscal stability in the country.

Finance Minister, Ken Ofori-Atta insists that the repercussion of seeking an IMF bailout will not be favourable for the country’s fortunes.

“Consequences are dire, we are a proud nation, we have the resources, we have the capacity. We are not people of short-sight, but we have to move on,” he said on Thursday.

This comes in the wake of economic challenges facing the country which have prompted speculation about a possible step in that direction.

The Finance Ministry is currently praying Parliament to consider its proposal of a 1.75% electronic transactions levy (E-Levy) in the 2022 budget to increase revenue.

This commitment is facing fierce opposition from the Minority in the House who have cited concerns of exacerbating the plight of ordinary Ghanaians.

Speaking at a Townhall Meeting in Tamale over the said levy, the Finance Minister, Ken Ofori-Atta explained that it will not seek the assistance of the IMF.

However, government will resort to “homegrown” alternatives to boost the economy.

The controversial E-Levy is estimated to rake in some ¢6.9 billion annually, according to the Finance Ministry.

Thursday’s event was the third in a series of town hall meetings geared towards sensitizing the populace on the controversial levy.