EC goes ahead with training workshop despite court injunction 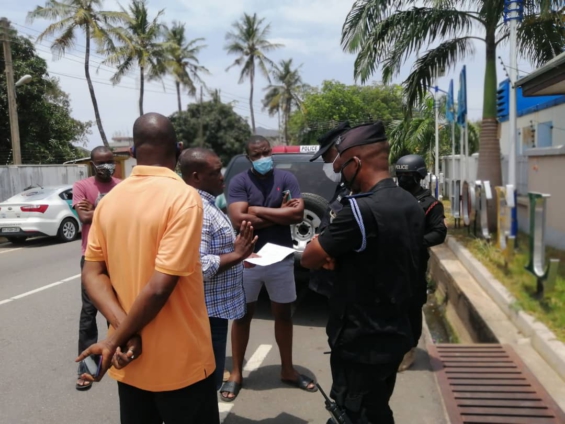 The Electoral Commission is holding a training workshop for directors and deputy directors at the Escape Hotel in Prampram despite a court injunction.

The workshop forms part of the Commission’s preparation towards the compilation of a new voters’ register.

On Friday, the MP for Ningo-Prampram, Sam George secured an injunction, restraining the Electoral Commission from holding the workshop in his constituency.

The ex-parte injunction, granted by the Tema High Court, is effective from Friday to Monday.

But on Saturday morning, the EC and its directors were reported to have gone ahead to organize the workshop at the City Escape Hotel in apparent disregard of injunction.

According to Joy News’ Kwesi Parker Wilson, who has been to the hotel, there is heavy security at scene where some executive members of the opposition National Democratic Congress (NDC) have gathered to push for the enforcement of the injunction.