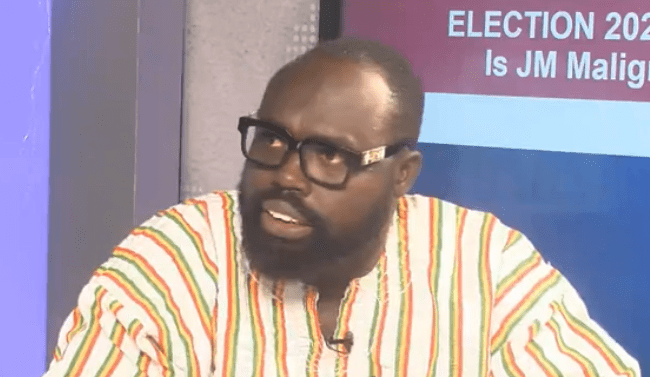 Deputy General Secretary of the National Democratic Congress (NDC), Peter Boamah Otokunor has refuted information provided by the Electoral Commission that the cost of elections per voter in the 2020 December polls was $7.70.

Addressing the press on Monday, Deputy EC Chair, Dr Bossman Asare indicated that the Commission was able to reduce the cost of elections per voter from $13.34 in 2016 to $7.70, wherefore, it managed to save the country over $90 million.

But speaking on JoyNews’ PM Express, Mr Otokunor stated that per his own calculations, the Commission on an average spent about $78 to $93 per person in the elections.

He told host, Evans Mensah, Parliament released a total of GH₵1.3billion and dividing such amount by the 13.9 million people registered, the EC on an average spent 93.5 and not $7.70 being communicated.

“According to their records, 13.9 million people registered. If you run simple proportion and you multiply by $7.07, what Jean Mensah is telling us is that, she spent $107,030,000 on the election. That is palpable falsehood.
That cannot be the case. You and I were in this country when they sent GH₵1.8billion to Parliament. Parliament pruned it down, gave them GH₵1.3billion for the entire process.

“The registration exercise alone according to their own figures is almost GH500million. If you divide GH₵1.3billion by 13.9 million people who voted in the election, the per capita cost of the elections is $93.5,” he said on Monday.

Citing a worst case scenario, the NDC Deputy General Secretary added that: “Let’s take GH₵1billion. If you use that for your calculation, you are getting close to about $78 per capita.”

Taking into account the printing of ballot papers, logistics deployed and transportation, among others, he arrived at a conclusion that “there is no way your per capita expenditure in the elections would be $7.07. Absolutely not correct. Totally ineffective.”

“What kind of analysis is this? Who are they deceiving?” he quizzed.

Meanwhile, Mr Peter Otokunor has accused the electoral body headed by Chairperson Jean Mensah of engaging in propaganda. He further averred that the recent press conference held by the Commission is needless and a waste of state resources.

“I think that the Electoral Commission is engaged in a lot of pedestrian propaganda to kind of white-wash a broken image of an Electoral body. This press conference is one of those typical examples of needless waste of state resources.

“I can assure you this particular press conference would have cost the government tens of thousands of Ghana cedis. What exactly was the Electoral Commission trying to put out?” he asked.