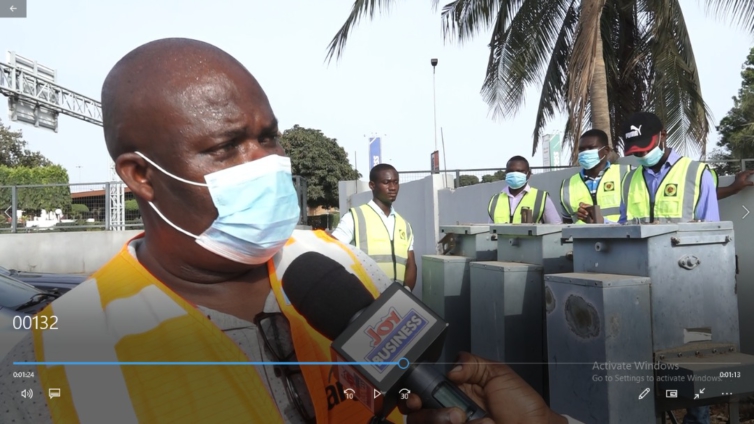 The National Task Force of the Electricity Company of Ghana (ECG) Limited has cut power supply to the Ghana Airports Company Limited (GACL) over debt to the tune of ¢49 million.

According to the Team Lead, Nene Shadrack Mase, the debt is affecting the operations of the ECG, hence the need to embark on such distress action.

Joy Business learnt that the task force was expecting GACL to settle at least 50% of the debt, but the GACL Company opted to pay ¢1m.

This the ECG believes is not enough to cover the arrears.

The task force revealed that the GACL was given prior notice before the distress action on Monday.

“We gave them prior notice last Friday, but when we came they [GACL officials] said they don’t know us and are not ready to cooperate with us.

“GACL owes ECG ¢49 million, but wants to pay just ¢1 million which we believe is too small considering the amount owed. We are at least expecting 50% of the debt or better still ¢5 million”.

The ¢49 million debt has to do with current and past electricity consumption owed by the GACL for six electrical meters, including the Terminal 3 and the runways.

Meanwhile, the National Taskforce team of the ECG did not disconnect the power supply to Terminal 3 and the runways at the Kotoka International Airport.

The affected areas disconnected were the head offices and the office complex.

The task force revealed that power will only be restored when the Ghana Airports Company Limited settles at least 50% of the amount owed.

The task force were earlier at the Ghana Broadcasting Corporation to serve them a demand notice for negotiation.

They are expected to visit other government institutions today including the Accra International Conference Center.