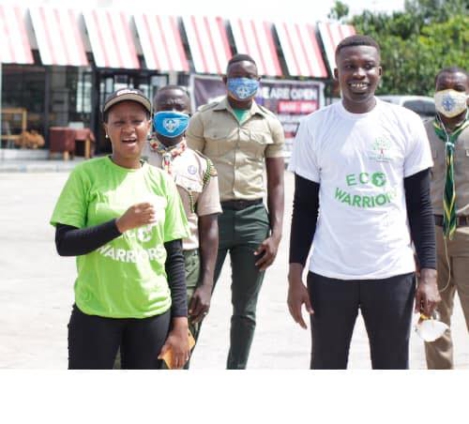 Eco Warriors, an environmentally driven not-for-profit organisation based in Kumasi has won this year’s Youth4Nature Award.

They won the Culture, Society and Climate Change category of the award with a series of storytelling events with students of Fodoa Senior High School in the Eastern Region.

Founder of the group, Otuo-Akyampong Boakye revealed the initiative was also meant to inform the younger generation on how the environment defined socialization and culture in the recent past.

He is among seven (7) winners from the call that won the award together with their organisations, in a ceremony that was held online due to the global pandemic.

Mr Boakye, expressed gratitude to his team and mentioned that the recognition will spur them on to work harder to create awareness about environmental ills.

Leadership of the group used the power of words carefully crafted to arouse interest and sustain suspense as they told childhood stories.

It is a highly participatory exercise which ensures that members who are predominantly students interact with the storyteller throughout the process.

Throughout the project, the engaging students are compelled to ask questions on issues bothering the environment that emanates from the stories told.

“… I have only innovatively reinvented this in the environment landscape to educate students on topics I think the traditional educational system others is silent on yet very pressing in the 21st century such as climate change, sanitation and Partnerships,” Otuo said.

About Youth4Nature
Youth4Nature is a youth-led, international initiative advocating and mobilising for nature and climate through knowledge sharing, storytelling, and capacity building.

Between May and June, they ran this special storytelling competition in honour of twin festivities Biodiversity Day and Diversity Day! I won the category on Culture, Society and climate change with my story

DISCLAIMER: The Views, Comments, Opinions, Contributions and Statements made by Readers and Contributors on this platform do not necessarily represent the views or policy of Multimedia Group Limited.
Tags:
Climate Action
ECO WARIORS
environment
storytelling
Youth4Nature Award