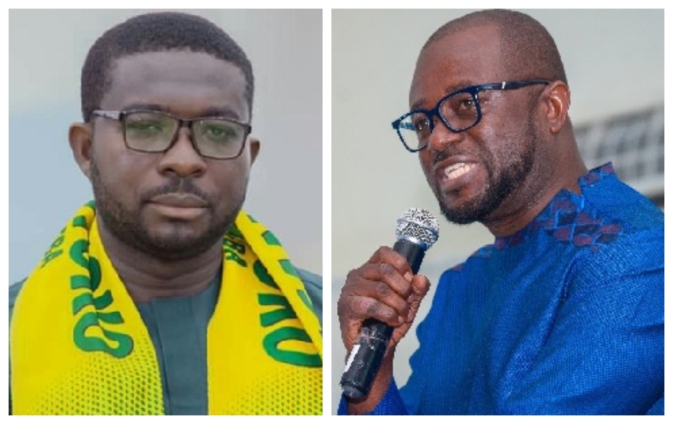 23 goals were scored on the first match week of the Ghana Premier League. 7 draws were recorded, a bright young manager emerged and perhaps on one of the few occasions, the performance of referees hasn’t been a subject for discussion.

Not even cancelled and rescheduled games have dominated the headlines. Instead, an issue which ordinarily shouldn’t even be an issue is what continues to be talked about four days after Asante Kotoko drew their opening fixture against less fancied Techiman Eleven Wonders.

Joy Sports’ Hans Mensah Andoh broke the story on Joy FM minutes before Sunday’s kickoff after colleague Muftawu Nabila gave a hint of some disagreements between officials of Kotoko and the GFA. It was in relation to Kotoko’s use of Veo camera to film their home game for the purposes of technical analysis.

It is straightforward. In a statement to all clubs, the association warned that illegal recording of matches will attract disciplinary action.

Early this year, the GFA signed a five-year deal worth $5.25m with StarTimes. When the deal was signed, StarTimes were made the exclusive television rights owner of the Ghana Premier League and FA Cup.

Therefore, the FA believe that “illegal filming infringes on the contractual agreement with broadcast partners, StarTimes Ghana, and anyone found culpable will be dragged to the Law Court.”

It is almost alien to hear of a football association issuing a directive to “stakeholders”, including clubs, who provide the base of the product (herein the Ghana Premier League) to desist from filming their home games for non-commercial purposes. Such a directive was always going to encounter some form of resistance.

Already, Asante Kotoko have issued a response pointing the GFA to article 42(5) of the Premier League Regulations which states that “Clubs may apply to film games in which they are involved and shall proceed to film same, provided it is cleared by the GFA on payment of the appropriate fee determined by the GFA. Video films shall be used for the club’s education purposes only. Clubs are prohibited from being used for commercial purposes without GFA approval”.

Kotoko have also demanded a copy of the StarTimes agreement with the FA, and we believe it is their right to do so. Indeed, all GPL clubs must demand copies of it as well, because it is unreasonable that a football governing body has signed such a deal without its members knowing the terms.

Going forward, this kind of arrangement – where the FA signs deals on behalf of clubs without their knowledge of every detail- must never happen again.

A chance to change

The current impasse makes it even more imperative that Ghana football moves into the 21st century. This is an opportunity to create a new future, by having frank conversations about data, rights, and professional standards.

Today, Kotoko is leading this crusade, but it should not be theirs alone.

However, Joy Sports also notes the increasing anger being shown by the club and its fans. No matter how vexatious the situation is, calm heads need to prevail. There are channels to resolve such issues. We encourage clubs and the FA to choose consensus building rather than open warfare.

For the moment, we commend the FA for not making any incendiary statements to further inflame passions, for when two elephants fight, the grass suffers.

We also commend StarTimes for using temperate language to call on Kotoko fans not to shun their services and coverage of the league.

Furthermore, we believe that the Premier League is ready to be made independent of the GFA, and to run autonomously. Kurt Okraku promised this in his manifesto, and we await the beginning of processes to make this happen.

The autonomy of the Premier League will go a long way to forestall some of these occurrences. A Premier League owned by clubs allows them to properly negotiate sponsorship and other partnership agreements in a way that doesn’t impair their growth and, by extension, that of the league.

The game of football, like every sphere of human life has become very sophisticated. Technology is being employed all over the world, across different sports, to ensure optimum performance and all round improvement.

Football clubs today are tracking the movement of players on the field during games in real time. Today, it is possible to know how many times a player touched the ball, where he touched it and what he did with the ball.

The data helps to improve performance by assisting clubs to tailor training and tactics to the strengths and weaknesses of players – and even those opponents. An improvement in the quality of football only goes to ensure the growth of the product that is the Ghana Premier League.

The simple question is: why would the GFA prevent clubs from doing something that improves performance and the overall growth of its product? Asante Kotoko say they cannot rely on the post-game footage from broadcast right holder, StarTimes, for the purpose of video analysis.

The Ghana Premier League is supposed to be a professional football league. The product is sold for money, not as much as it should potentially be selling for, and perhaps the reasons lie in thinking and actions of those tasked with the growth of the brand.

If a football association believes, per whatever contract they’ve signed that clubs in this era shouldn’t film their home matches for purposes of technical analysis, then we sure are living in the Stone Age.

Maybe this is a signal that it is truly time for the Premier League to be independent, in every sense of the word.

DISCLAIMER: The Views, Comments, Opinions, Contributions and Statements made by Readers and Contributors on this platform do not necessarily represent the views or policy of Multimedia Group Limited.
Tags:
Asante Kotoko
Ghana Football Association
Ghana Premier League
Startimes