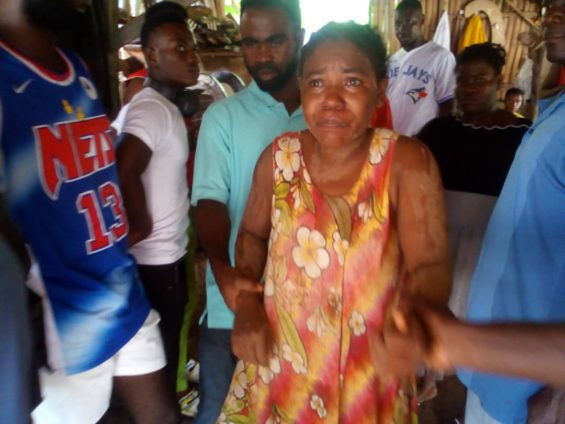 A second test conducted by the Effia Nkwanta Regional Hospital has confirmed that 29-year-old Josephine Panyin Mensah, who allegedly went missing, was never pregnant within the period, the police have said.

The Acting Director-General of the Ghana Police Service’s Public Affairs Directorate said the results of the Western Regional Hospital affirms the previous outcome which was conducted by the medical doctors at Axim Government Hospital.

ACP Kwesi Ofori, in an interview on JoyNews’ News Desk Friday, stressed that a thorough investigation is being carried out to attain the motives of the suspects who orchestrated the incident.

“The detailed result has been submitted to the Regional Criminal Investigation Department,” he told host Israel Laryea.

Meanwhile, some angry residents in Takoradi have rejected the police’s claims that their neighbour, who has now been declared a suspect, faked her pregnancy.

They also expressed dissatisfaction over the arrest of Josephine’s mother, husband, and one other person as accomplices in the alleged self-kidnapping case.

Clad in red, the residents chanted war songs and invoked curses on various authorities for making such claims.

However, ACP Ofori says the police will not be cowed into submission by street opinion.

ACP Kwesi Ofori on Thursday said the service cannot make such medical conclusions independently but “relies on expert opinion” from doctors who are members of the Ghana Medical Association.

“The law of evidence and criminal procedure makes the police rely heavily on expert opinion should even the matter appear before a court of competent jurisdiction. We will go by that expert opinion, and we will not be moved by street opinion,” he said.

About a week ago, a missing person flyer with a picture of Josephine Panyin Mensah began circulating on social media. It stated that she was nine months pregnant and had gone missing since September 16.

News later broke of her reappearance on the 21st of September 2021.

She was, however, found without a pregnancy or a baby.

DISCLAIMER: The Views, Comments, Opinions, Contributions and Statements made by Readers and Contributors on this platform do not necessarily represent the views or policy of Multimedia Group Limited.
Tags:
Effia Nkwanta Regional Hospital
Missing Takoradi woman
Takoradi Kidnapping