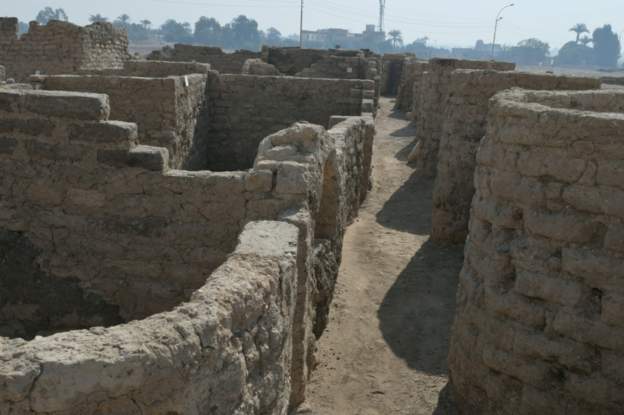 Egyptian archaeologists have made a stunning discovery of a lost city that dates back more than 3,400 years to the time of the pharaohs.

The find has been called one of the most important since the unearthing of the tomb of Tutankhamun.

The archaeologists were searching for a temple in the desert sands near the city of Luxor. They began finding something else; the walls of houses stretching away in all directions.

There were rooms filled with items that ancient Egyptians used in every day life. Rings and coloured pottery bore the seal of one of country’s most powerful pharaohs, Amenhotep the Magnificent.

In one neighbourhood a bakery was found, and evidence of food preparation for many people.

Elsewhere there were signs of industrial activity. It seems some residents were engaged in the making of decorations for tombs and temples.

The great find will provide huge amounts of information – perhaps even an answer to why the site was eventually abandoned by its people.

This discovery is something really substantial in the history of Egyptian archaeology.

The well-preserved city has been described as nothing less than “an Egyptian Pompeii”.