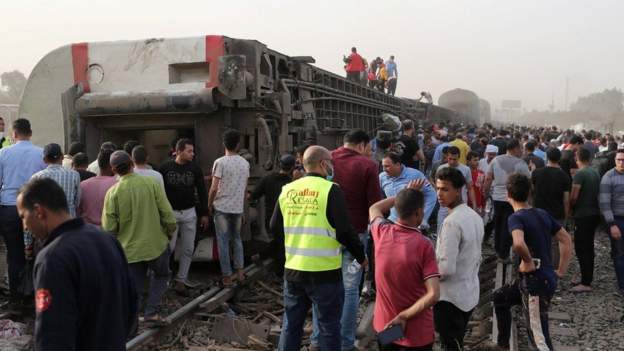 The head of Egyptian railways has been sacked following the latest deadly crash on the network.

Ashraf Raslan is among ten top executives to be dismissed or reshuffled.

Calls on social media for the resignation of Egypt’s transport minister Kamel el-Wazir’s have gone unheeded.

Prosecutors investigating the latest disaster on Sunday have now revised the number of those killed from 11 to 23 and have made a number of arrests.

At least 20 people were killed in another train crash last month.