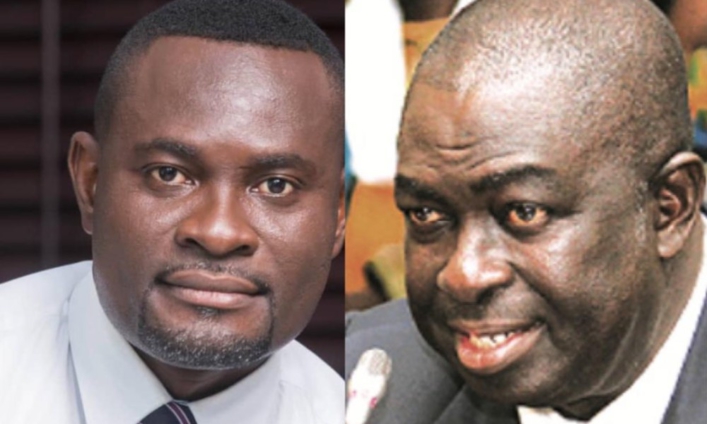 The Omanhene of Ejisu Traditional Area has offered an apology to the Member of Parliament for the Ejusu constituency, Kwabena Owusu Aduomi for using derogatory words on him.

Oguakro Afrane Okese IV in a letter on Thursday said, although he was disciplining him for failing to heed to his advice over the years, it was wrong to use abusive words on him, especially in public.

“I honestly and sincerely apologise to you, your able supporters and all and sundry for using such unprintable words on you.

“I look forward to hearing from you and putting this very matter behind us.”

It is reported that the chief had described the Ejisu MP who doubles as Deputy Roads and Highways Minister as a “foolish man”, when John Kumah, the victor in last Saturday’s parliamentary primaries of the ruling New Patriotic Party (NPP) went to his palace for his blessings after declared the winner of the elections.

The chief also questioned the academic and professional credentials of the MP and likened his civil engineering qualification to a “common mason”.

These comments, however, did not sit well with the legislator’s supporters and kinsmen.

As they formed a group called, The Concerned Youth of Besease, where they threatened to take the law into their own hands and “discipline” the chief if he fails to apologise to their kinsman within one week.

But, Mr Owusu Aduomi in a Facebook post called for calm and asked his supporters not to react to the Ejisumanhene’s rants since he still loves and respects him.

DISCLAIMER: The Views, Comments, Opinions, Contributions and Statements made by Readers and Contributors on this platform do not necessarily represent the views or policy of Multimedia Group Limited.
Tags:
Deputy Roads and Highways Minister
Ejisumanhene
Kwabena Owusu Adomi