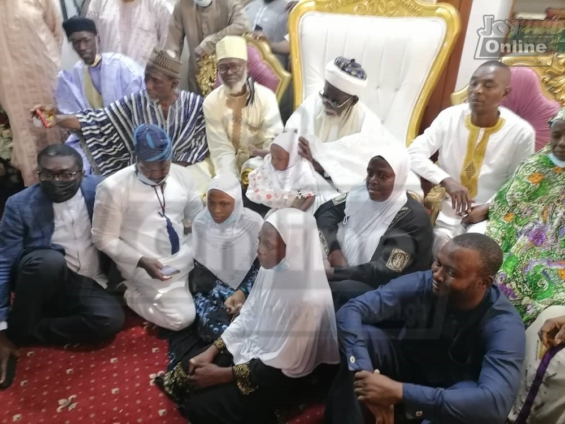 The family of Ibrahim Kaaka Mohammed, the activist who was allegedly murdered, has taken a jibe at the Justice Koomson Committee, which was set up to investigate the disturbance that followed the murder.

According to the family, the three-member committee, instead of prioritising the need to unearth the truth to hold perpetrators accountable, became an “incubator of fake news and an attack dog on the media.”

During the public hearing of the Ejura clash, which led to the killing of two protestors on Tuesday, June 29, the media came under heavy criticism.

This was after the three-member committee accused the media of fueling the agitation amongst the youth of Ejura, thereby instigating the protest.

But at a meeting with the National Chief Imam, Sheikh Osman Nuhu Sharubutu, on Tuesday, August 24, the family said the Commission was a “sham” set up to shift the narrative.

“A committee that was supposed to be a mechanism for truth searching and for holding people to account was instead used to shift the narrative and to make murderous perpetrators look like victims.

“While the true victims were portrayed as hooligans and riff-raffs with no place in our democracy; and were made to think they were insane for even expecting the protection of our laws,” the family stated.

Kaaka’s family subsequently questioned why the final report of the Commission has not been publicised yet.

They believed that “Their immoral public performance discredits them and the report they proposed.”

A three-member committee was set up after President Akufo-Addo gave the Interior Minister, Ambrose Dery, 10 days to provide a detailed report of the inquiry, which also led to the death and injury of some residents in Ejura.

The deceased met their untimely death while demonstrating against the murder of their colleague, Ibrahim Mohammed, also known as Kaaka, which had occurred a few days before the disturbance.