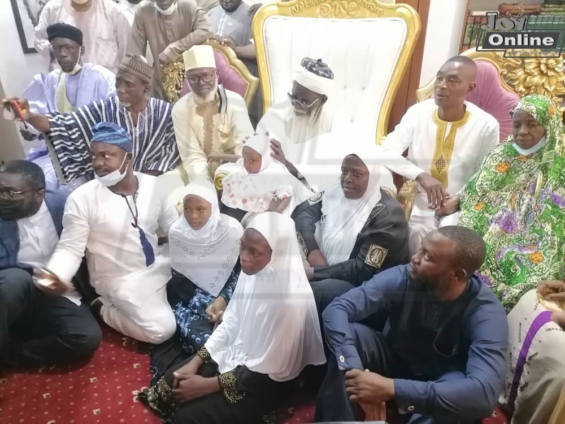 The family of slain social activist, Ibrahim Mohammed aka Kaaka Macho, has petitioned the National Chief Imam to help amplify their call for justice for their relative.

In the letter addressed to Sheikh Osman Nuhu Sharubutu on Monday, the bereaved family reiterated that they feel sidelined in the Police Service’s investigations to bring the perpetrators of Kaaka’s murder to book.

While accusing the security agencies of trying to frame the deceased’s brother, Baba Iddi, the family requested for a special Justice for Kaaka liaison to work with them in all their interactions with the police, Attorney-General, the Courts and all public institutions.

They also beseeched the Chief Imam to give assistance to their demand for a more thorough investigation to be conducted.

Highlighting Kaaka’s activism through social media whilst alive, the family asked for a Kaaka Memorial Fund to be established to support people in the Muslim Community to train as journalists.

This according to them, will “allow Muslim youth to be able to tell their own stories and own their narrative.”

The family further asked Sheikh Sharubutu to adopt the welfare of his grandson’s wife and children adding, “We know that if you make them your own, they will never lack anything.”

Kaaka was killed at Ejura in the Ashanti Region on June 26, in what many have attributed to his social activism which made government unpopular, especially in the wake of the #FixTheCountry movement.

His murder sparked widespread agitations and protests which saw the killing of two more indigenes and injuring four others during a confrontation with a joint Police and Military team amid the firing of gunshots.

After the incident, a three-member committee was set up by the Interior Ministry to probe and provide a detailed report on the inquiry.

Hence, to facilitate the publication of the 55-page report, Kaaka’s family asked the Chief Imam, using his influence, to mount pressure on government for the report to be released for public discussion.

Also, in seeking justice for the Ejura community, they urged the religious leader to appoint the special Justice for Ejura Liaison, who will press the case for justice to be given to the people of Ejura.

“We pray that you will give voice to our demand for the government to put in place an Ejura Victims Fund to support the victims of the Ejura shootings.

“We pray that you will lead the call on the government for an Ejura Community Development Fund, to ensure that some of the social problems Kaaka dedicated his life to, will be attended to with this Fund,” they added.

DISCLAIMER: The Views, Comments, Opinions, Contributions and Statements made by Readers and Contributors on this platform do not necessarily represent the views or policy of Multimedia Group Limited.
Tags:
Chief Imam
Ejura Murder
Ibrahim Mohammed Kaaka
Sheikh Osmanu Nunu Sharubutu