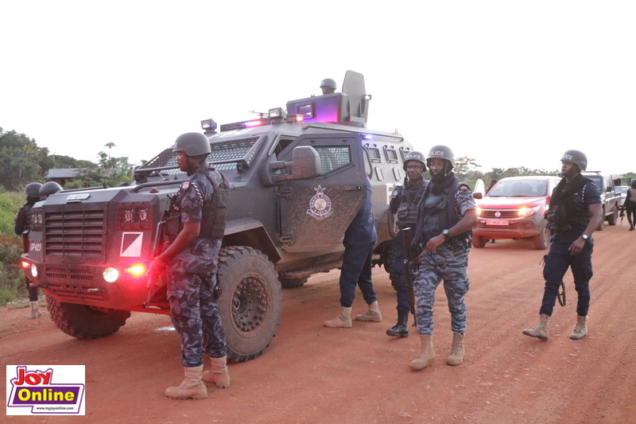 The National Democratic Congress (NDC) says an announcement by Ghana Police Service on the dress code of its personnel must be followed up with effective identification mechanisms on December 7.

The party says its decision is informed by the mayhem that erupted during the Ayawaso West Wuogon by-election in January 2019.

Last week, the Inspector-General of Police (IGP) James Oppong-Boanuh directed that officers performing election duties should wear the traditional police uniforms which are in the colours of blue-black, black, and police camouflage.

While commending the security agency’s latest directive, a statement signed by the NDC’s Director of Security for the Election 2020 campaign insisted that the move will not yield any results if steps are not taken to adequately identify persons.

“The announcement on the authorised uniform to be worn on D-Day will be inadequate without ensuring that all Police personnel and others drawn from other security agencies are properly identified with their names clearly displayed on their uniforms,” the press release issued by Lt. Col. (Rtd) Larry Gbevlo-Lartey explained.

The NDC further called on the police to further “keep a register of all personnel who would be deployed at various locations on December 7, and make such a list available in case of any eventuality.”

The party believes this will ensure accountability in the policing of the December presidential and parliamentary elections.