Election Petition: We are not perturbed about SC ruling against us – Amaliba 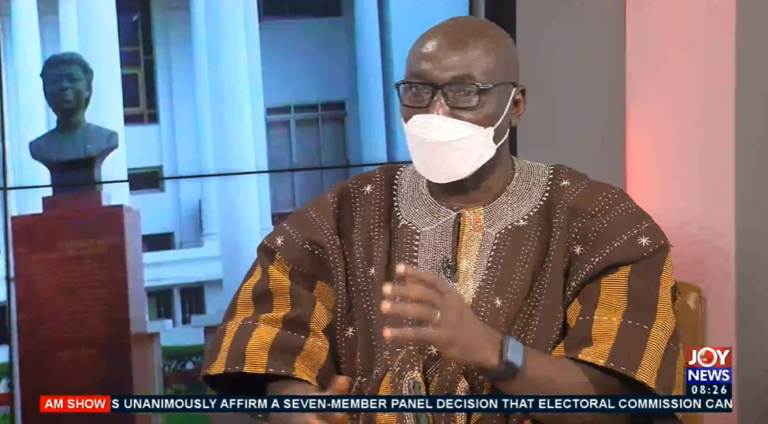 A member of the National Democratic Congress’ (NDC) Legal Team, Mr Abraham Amaliba speaking on behalf of the team says they are unperturbed by the Supreme Court’s unanimous decision to strike out their application in yesterday’s hearing.

According to him, the team remains optimistic that the Petitioner, John D. Mahama will emerge victorious at the end of the 2020 election petition.

Speaking on the AM Show, Friday, Mr Amaliba indicated that having Tsatsu Tsikata as the lead counsel of the case gives him confidence that things will go in their favour.

“You know we are being led by a lead counsel whose resolve and persistence can never be broken by decisions that go against him. Tsatsu Tsikata is one person who believes in procedures, he believes in the Rule of Law, and above all, he believes in justice. So these are the three considerations that continue to motivate him.

“So if a man of his age can be on his feet for close to 2-3 hours just addressing the court. If such a person is not disillusioned, who am I to be disillusioned? So we are taking our inspiration from him because he thinks that we must get to the bottom of this matter. He also thinks that we should explore all avenues available to us under the Rule of Law,” he stated.

His comments follow a unanimous decision by the apex court to strike out Mahama’s application for a Stay of Proceedings.

This will be the 7th time the petitioner’s lawyers have had their application struck out unanimously in the ongoing election petition hearing.

Further to this, Abraham Amaliba noted that although there have been calls by some supporters of the NDC to withdraw the case from court, the petitioner’s legal team will battle out substantive issues in the matter – in the interest of justice – until the final verdict of the Supreme Court is rendered.

“We are not perturbed about the ruling against us, what we are interested in is to ensure that justice is served to the people of this country.”

Meanwhile, on the next hearing Monday, February 21, two judges are expected to join the 7 judges to hear another review application that seeks to set aside the court’s unanimous decision that prevented the petitioner from reopening its case.

DISCLAIMER: The Views, Comments, Opinions, Contributions and Statements made by Readers and Contributors on this platform do not necessarily represent the views or policy of Multimedia Group Limited.
Tags:
2020 election petition
Abraham Amaliba
John Mahama
Tsatsu Tsikata