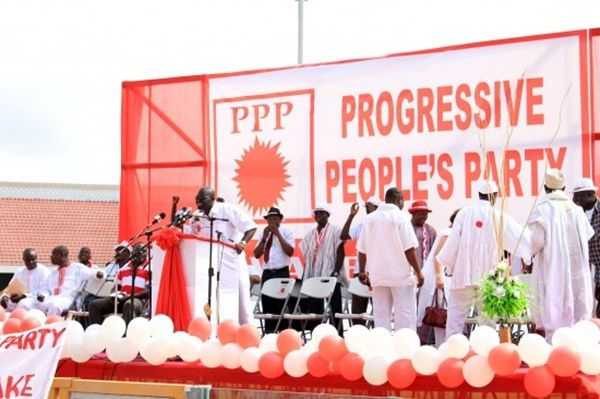 The Progressive Peoples Party (PPP) has said that one of the major threats to the country’s stability is “sheer greed and elite capture”.

The party argues that the practice where one’s citizenship is determined by his party affiliation is also another factor which triggers instability.

The party also observed that the country is yet to derive the dividend of democratic governance almost thirty years after its inception. The PPP stressed that the transfer of power by successive governments cannot be used as an indicator of the benefit of democracy.

According to the party, the continuous use of the 1992 Constitution cannot sustain the country’s democracy alleging that the current form of the Constitution is responsible for the current “level of youth unemployment, excessive Executive powers, a compromised Parliament, abuse of power, unbridled political corruption, waste of Ghana’s resources, nepotism, mediocrity and mismanagement of the public.”

The PPP is therefore calling for an amendment of the 1992 Constitution to benefit the citizenry irrespective of one’s political affiliation.

In a statement issued by the party, it proposed 5 reforms that it believes would impact positively on the lives of the citizens. Below are the 5 proposed reforms

1. Return of power to the people for all Ghanaians to directly elect their District, Municipal and Metropolitan Chief Executives without any interference from the President and cancel government appointees into District Assemblies.
2. Prohibit Members of Parliament from being appointed as Ministers of State or MPs must resign from Parliament after their ministerial appointment.
3. Strengthen the Office of the Attorney-General by separating it from the Ministry of Justice”
4. Introduce a Public Declaration of Assets Regime
5. Clarify the eligibility of Ghanaians in the Diaspora to hold Public Office.

The party called on the civil society organisations and relevant stakeholders to assist in ensuring the President complies with the needed amendments to benefit the masses.